Neuville: Everything must be “on point” for Ypres WRC victory repeat

Rally Belgium hot favourite Thierry Neuville admits everything will need to be “on point” to be competitive when the World Rally Championship heads to his home event in Ypres this weekend.

The Hyundai driver has proven to be a specialist on the fast, narrow and twisty asphalt roads, resulting in two victories at the Ypres Rally, including a success when the the event made its WRC debut last year.

While Hyundai teammate Ott Tanak has scored two wins this season in Sardinia (June) and at Finland earlier this month, Neuville is yet to stand on the top step of the podium this season. His last triumph arrived at Rally Spain in October last year.

The Belgian has recorded only two podium visits this year in Sweden and Croatia after a campaign plagued by reliability issues. The problems with the i20 N have improved in recent rounds, but this has coincided with fast gravel rallies that haven’t suited Neuville.

Facing the prospect of returning to a happy hunting ground, Neuville is setting his sights on ending his victory drought by repeating his 2021 success, but is aware he will face a tough challenge.

“Ypres Rally Belgium, our home rally, is probably the event that we’re looking forward to the most in the season," said Neuville.

“I’ve got good memories from last year, and in fact previous visits when the event was part of the IRC. I can’t wait to get back.

“We’re finally heading to tarmac again after a run of tricky gravel rallies. We hope to return to winning ways in front of the local spectators, fans, supporters, and family members; we’ll certainly be motivated and ready to do our best.

“There is only one goal: to repeat our victory from last year. It won’t be easy, as the competition is so tough. We will need to make sure everything is on point if we are going to be competitive.” 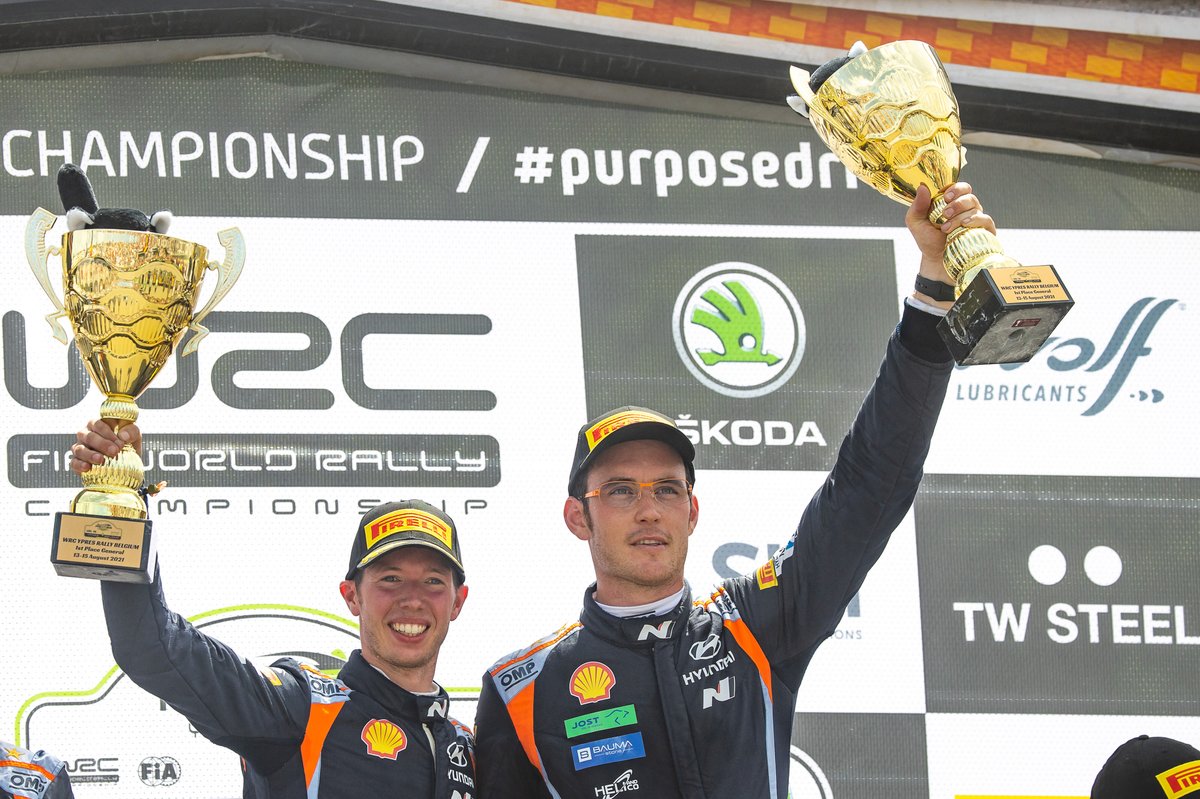 Neuville will need a strong result to keep his slim title hopes alive, with Toyota’s Kalle Rovanpera in a position to wrap up the championship should the Finn extend his 94 point lead out to 121.

The Belgian sits third, one point behind teammate Tanak, who climbed to second in the standings courtesy of his victory in Finland.

WRC Rally Belgium: Everything you need to know

Hyundai: "Destroying so many things" in Kenya led to historic WRC 1-2-3