Neuville: Huge Chile crash won't slow me down in Portugal 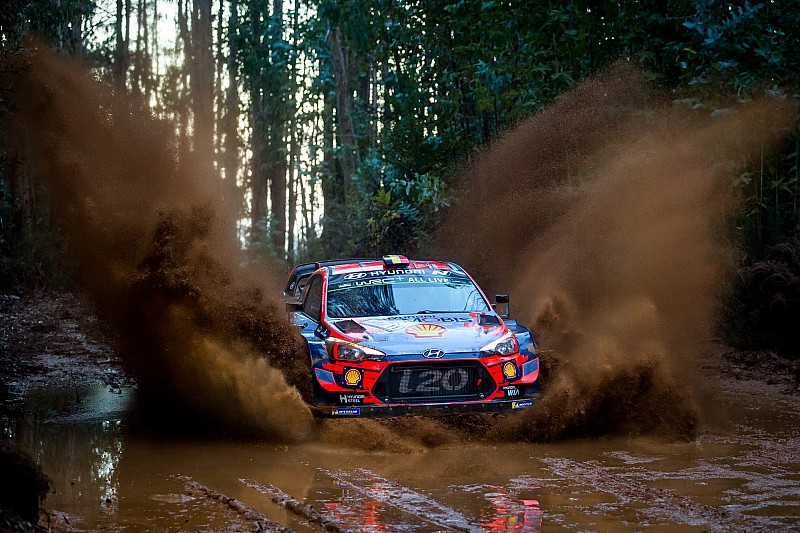 Hyundai driver Thierry Neuville is confident of rebounding from his huge Rally Chile crash immediately to fight for a WRC victory at the next round in Portugal.

Neuville's accident - which hospitalised he and co-driver Nicolas Gilsoul - cost him third on the event at the time and the WRC points lead. He is now behind rivals Sebastien Ogier and Ott Tanak.

Despite the severity of the crash - rated by Neuville as one of the biggest of his career - he is confident he will be straight back up to speed when he gets back into an i20 Coupe WRC for a test in Sardinia later this week.

"We will be fast in Portugal," Neuville told Motorsport.com. "We have seen on the last events we are constantly improving with the team and our car is getting faster and stronger the speed will be there in Portugal as well. I am already looking forward to it."

Neuville explained that it would be important to understand what went wrong in the crash, and pointed to a mistake in the pacenotes as part of the reason for the accident.

"I've seen the crash lots of times - it's everywhere," he said. "It is important that I understand. And this time I was definitely too fast. It was a big one.

"In the recce, I was a little bit optimistic with my notes. We went through a slight right [and] flat over [the] crest. I went a little bit wide, hit the edge and immediately we rolled the car."

Neuville arrived in Chile on the back of wins in Corsica and Argentina and was battling for second place when he crashed.

He says not being first on the road - as championship leader - isn't such a bad thing going into the next two gravel rallies.

"For the championship, it's definitely not the end of the world," he added. "If I could chose two rallies where I don't want to be first on the road, it would the next two in Portugal and Sardinia.

"If you are first on the road, you will lose, then drop back and then catch back - it's always like this."

Neuville, who won in Portugal last season, will start the Matosinhos-based event 12 points behind series leader Ogier for Citroen, and two adrift of Toyota's Tanak.