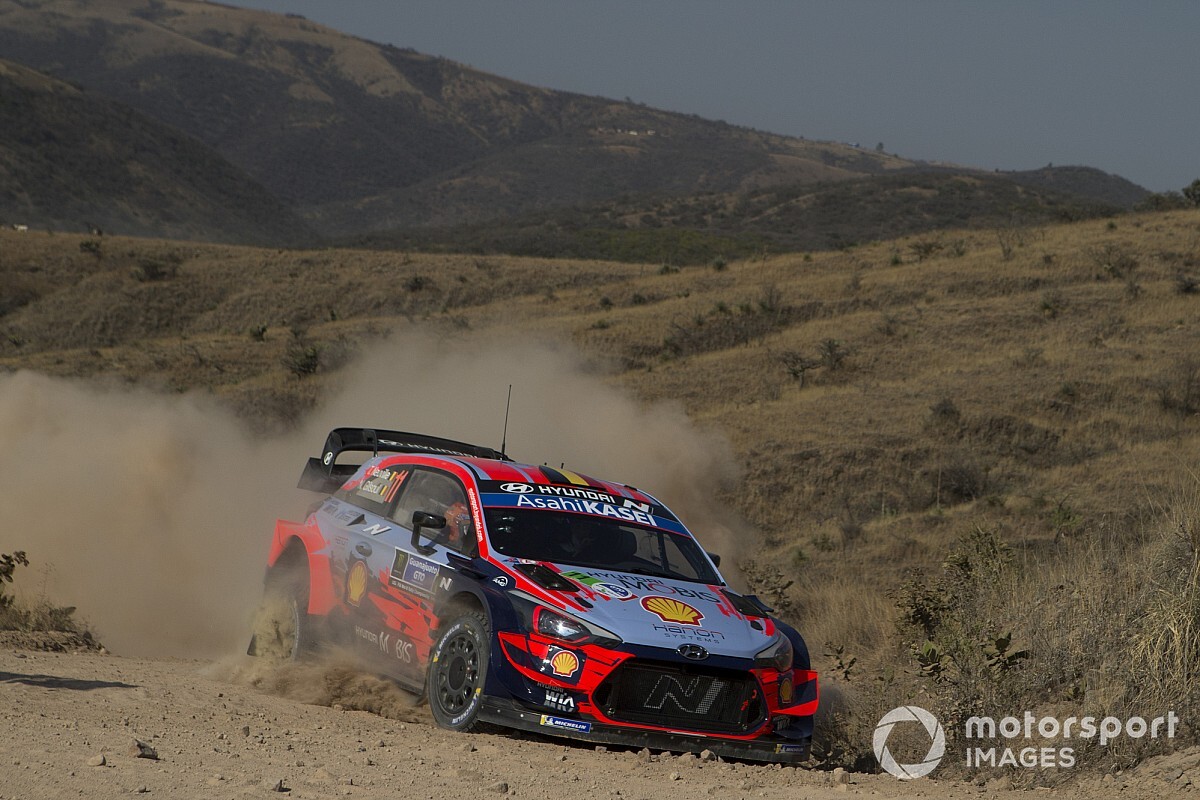 Thierry Neuvulle suffered a nasty crash in his first test outing since the World Rally Championship season was suspended after Rally Mexico in March.

Earlier in April, the FIA had outlawed manufacturers from conducting any testing until May 30 to prevent competitors from gaining an unfair advantage during the coronavirus outbreak.

However, with the deadline having passed, Hyundai arranged a multi-day test for Neuville in Finland to get the crew up to speed ahead of the resumption of the season.

But on the very first day of the test, the Belgian driver went off the road at a high-speed section, with his Hyundai i20 suffering a roll before landing on its left edge.

Both Neuville and co-driver Nicolas Gilsoul emerged unscathed from the incident, but the damage to their car was so extensive that Hyundai had to abort the test after a single day. The team is now returning to its base in Alzenau.

A spokesperson from Hyundai Motorsport confirmed that the squad is yet to schedule a second test in the wake of the abrupt end to the Finland run.

WRC looking at ERC rounds to top up depleted calendar