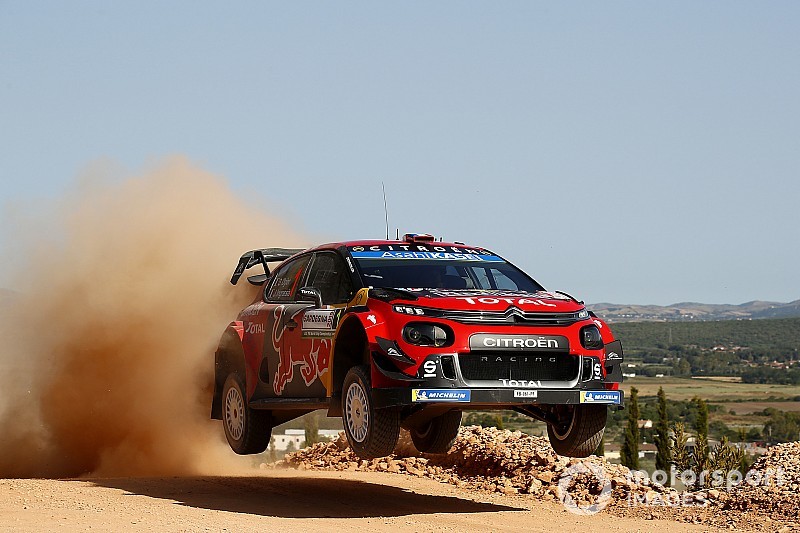 Ogier raced championship rival Ott Tanak on the Ittiri Arena Show stage, and beat the Toyota driver by a mere 0.3s in what was the final heat.

Lappi was one of the first WRC drivers to tackle the stage after another disappointing rally in Portugal, but made a bright start to lie second overnight, 0.2s up on Tanak.

Hyundai’s Thierry Neuville and M-Sport’s Elfyn Evans squared off in the penultimate heat, and set an identical time on the short 1.2 mile stage. The pair are equal sixth, 1.8s away from the lead.

Dani Sordo lies eighth overnight, 0.2s behind Neuville and Evans but 0.1s ahead of his Hyundai teammate Andreas Mikkelsen.

Mikkelsen, contesting his first event since his podium on Rally Argentina, beat Toyota’s Jari-Matti Latvala in his heat, with Latvala complaining with brakes “that were not biting” through the water splash. Mikkelsen is 2.1s away from the rally lead with Latvala a further 1.9s back.

Hanninen, who is competing in a fourth Toyota Yaris for the first time since Wales Rally GB 2017, is equal 12th with Citroen WRC2 Pro driver Mads Ostberg.