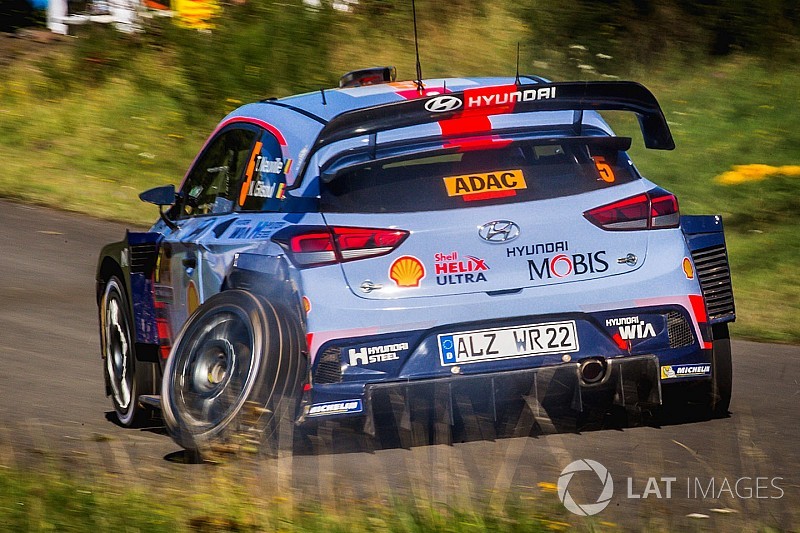 Sebastien Ogier has revealed he found WRC title rival Thierry Neuville's Rally Germany stoppage "difficult" and "strange" to deal with during the event.

Ogier and Neuville had arrived in Germany level on points and started the second day third and fourth, with Neuville ahead.

But Neuville broke the suspension on his Hyundai in a cut on Saturday's opening Panzerplatte stage, and then a poor powerstage after returning on Sunday consigned him to a point-less event.

"Of course it's good to be back in the front of the championship, but really I wanted more from this rally," said Ogier.

"It was difficult and mentally quite strange when I saw Thierry had stopped."

There are three rounds remaining in the 2017 WRC – Spain, Britain and Australia – as Ogier bids for a fifth straight title.

This is his first season with M-Sport after switching to the Cumbrian team when Volkswagen withdrew after the 2016 season.

Ogier said it would be "amazing" for M-Sport leads to win the teams' title as an independent, a feat it is in course to achieve with a 64-point advantage over Hyundai.

However, Ogier has repeated his call for Ford to return to the WRC to keep him at M-Sport next year. Ford withdrew from the World Rally Championship at the end of the 2012 season.

"I always say this, that I will stay if Ford comes," said Ogier. It takes time to acclimatise to a new car, it's not easy to change the car.

"I would like to build on what we have achieved this season, but we need some support from Ford. There are some small things that I would like to change [with the car], but I have no doubt that we could be strong next season with the support. This is where I want to be."