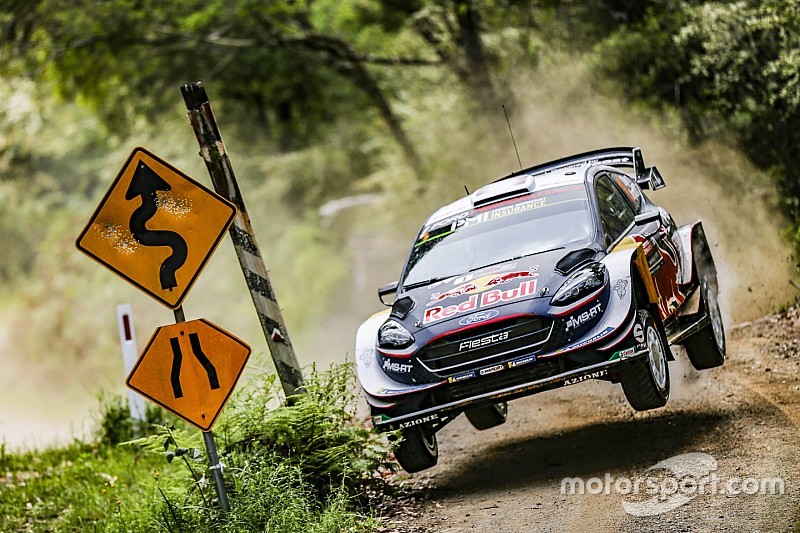 Sebastien Ogier will be crowned the 2018 World Rally Champion, with slippery conditions in Rally Australia taking Ott Tanak out of the running before the final stage.

Toyota driver Tanak went into the penultimate stage of the season well-placed to win if needed, nestled in behind teammate Jari-Matti Latvala.

That meant Toyota could have swapped the two drivers if Ogier had problems on the Power Stage, which would have helped Tanak snatch the title.

However the Estonian didn't make it through the penultimate test, appearing to fall victim to the slippery conditions in the 19-kilometre Sapphire stage.

It seems his Yaris was ultimately stranded with a transmission problem, while on-board cameras showed that the impact warning light had been activated, hinting at contact.

The majority of the field had issues on the Sapphire test, the likes of Elfyn Evans and Craig Breen spinning while Teemu Suninen clipped a tree.

Tanak's retirement means Ogier will win a sixth crown regardless of whether he finishes the rally, with Thierry Neuville already out of the running.

Latvala leads the rally by 32s over Hayden Paddon, with Mads Ostberg now third, heading into the Power Stage.