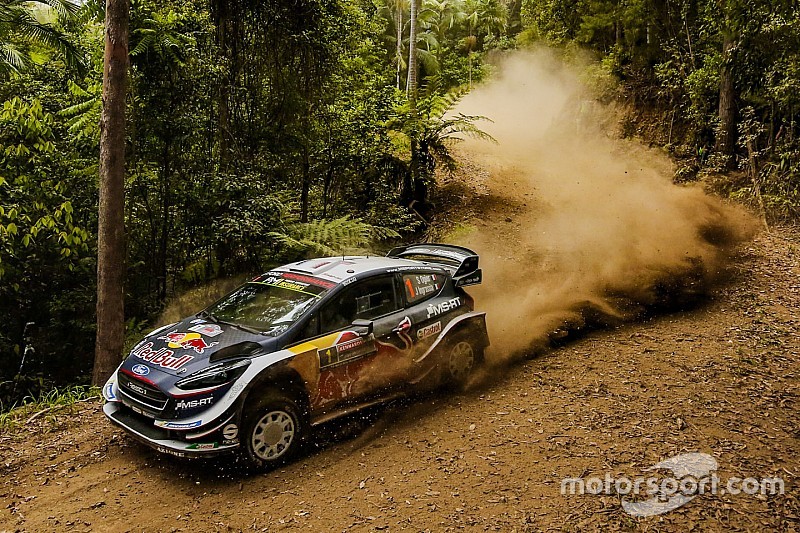 Sebastien Ogier says he can take a relaxed approach into this weekend's World Rally Championship showdown in Australia, with adding a sixth title to his CV unlikely to 'change his life'.

The five-time World Champion heads into what's shaping up as a thriller decider with a three-point lead over Hyundai's Thierry Neuville, while Toyota driver Ott Tanak is still in contention as well with a 23-point deficit to the Frenchman.

With both Neuville and Tanak yet to win a title, Ogier reckons his bulging trophy cabinet could provide an edge in the battle for this year's honours.

He says he can take a more relaxed approach knowing that a sixth title wouldn't be as life-changing as a first.

"Of course, if I get a sixth one it will be nice, but it won’t change my life so much – it’s not like winning the first one.

"I have small advantage for that, but the pressure is on."

Ogier made a perfect start to the weekend by topping today's Shakedown on the Wedding Bells stage. However, he know faces the daunting task of needing to sweep the loose gravel on Day 1 – unless the forecast rain comes to his aid.

"If it stays dry, it won't be an easy start to the rally for me," he added. "I will suffer from being first on the road.

"I always hope there will be some humidity Friday morning on the road, otherwise I expect to lose time. But if there's more rain coming in the weekend, then it can become a very challenging rally.

"If it's changeable weather, it'll be changing for everyone. In these conditions, of course it will be tricky. But that's rallying. We'll have to handle it well.

"I would prefer these conditions over it being dry, because if it's dry clearly I'm going to suffer at the start of the rally and it's clear that it makes it harder for me.

"If it rains, it's hard for everyone."

Rain is currently forecast for all three days of the event, with chances of precipitation ranging from 40 per cent tomorrow to 80 per cent on Saturday.

The rally starts at 8am local time tomorrow with the first pass through the 8.7-kilometre Orara East stage.