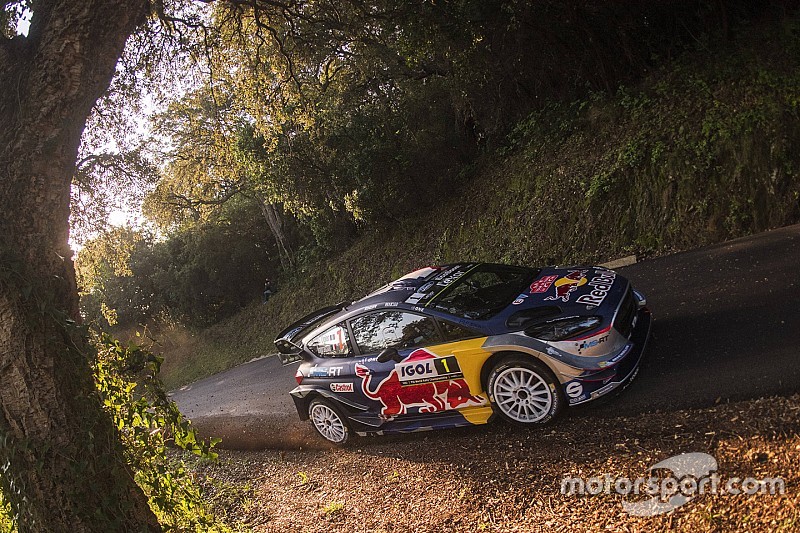 Ogier was a close second behind Thierry Neuville's Hyundai with three stages to go, before a hydraulic problem slowed his Ford Fiesta.

Intermittent electrical glitches then struck on Sunday morning, and Ogier fell away to finish nearly a minute off Neuville and hang on to second by just 1.3 seconds over the second Hyundai of Dani Sordo.

The second M-Sport car of Ott Tanak had engine troubles during Saturday after a Friday crash, while hydraulic issues slowed Elfyn Evans's DMACK Fiesta on the opening leg.

"A bit too many technical problems for us this weekend, not only on our car but also on both our teammates' cars so that's definitely something the team has to work very hard on," said Ogier.

Team principal Malcolm Wilson paid tribute to Ogier and co-driver Julien Ingrassia's tenacity in hanging on to second and a 13-point WRC lead over Jari-Matti Latvala.

"It's been a very demanding weekend for the team," Wilson admitted. "We've experienced issues that we've not seen before and I can tell you that the team will be working extremely hard in the lead-up to the next event.

"We have to praise Sebastien and Julien for the job they have done in what were some very difficult circumstances. They stuck with it, and second place shows how committed and determined they both are.

"In view of what we've experienced here in Corsica, it's great to see Sebastien extend his lead in the drivers' championship and for the team to maintain the lead of the manufacturers.

"We have a five-day test coming up next week where we'll focus on improving the performance of the car as well as addressing the issues we've faced this weekend."

Technical scares aside, Ogier was pleased with the car's pace on asphalt, having battled with Kris Meeke's Citroen early on before the Northern Irishman's engine failure made it a Hyundai versus M-Sport contest.

"I think that things are moving in the right direction for us," said Ogier. "I said arriving here that I have a good feeling on Tarmac.

"I thought we have some performance in the tank and that was correct.

"We had the speed to fight with Thierry this weekend. We were more or less together, a few seconds behind him when we had the problem so we were in the fight for the victory."

Neuville on Corsica win: "I had tears in my eyes"