Oliver Solberg will step up to the premier class in the World Rally Championship with Hyundai at Arctic Finland Rally. 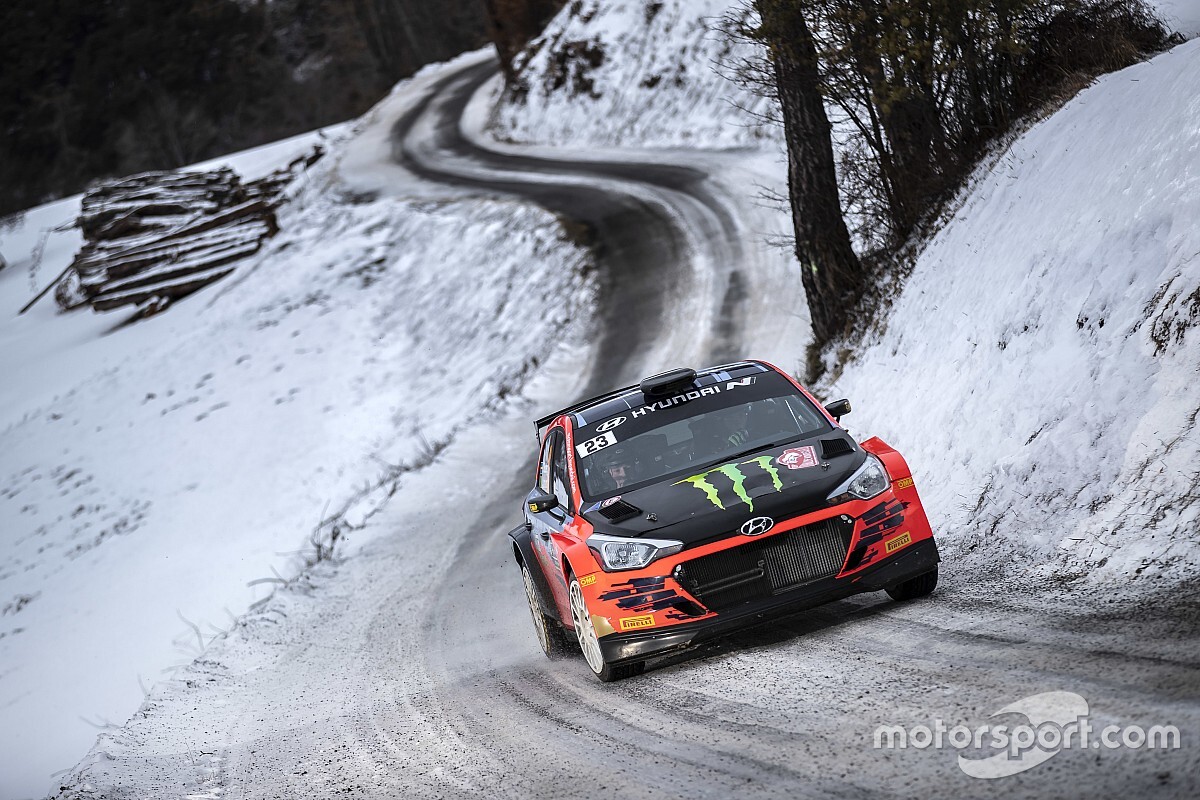 The drive is seen by Hyundai as part of the "ongoing learning curve" for the promising 19-year-old, with Solberg sharing the i20 Coupe WRC with Aaron Johnston. The car will be serviced by French team 2C Competition.

However, team principal Andrea Adamo is keen for Solberg to work closely with Ott Tanak and Thierry Neuville, and Irishman Craig Breen, who will make the first of several planed appearances during 2021.

"We are keen to see his performance level, of course, but there is no pressure on his shoulders in his debut WRC event," explained Adamo. "He has to enjoy the rally and take all the experience possible.

"It will be his first time at the top level of world rallying but it is more of a test than anything else; he has to acclimatise and get acquainted with the high-speed nature of the car in these wintry conditions.

"We hope to see him at the arrival, the end of the Power Stage, with lots of enjoyment and happiness - that's the main target," added Adamo, who will be hoping for a better overall performance at the event following his public criticism of the team and lead drivers after last month's Rallye Monte Carlo.

Many had expected Solberg – the son of 2003 World Rally champion, Petter – to continue his Rally2 programme with Hyundai that was announced last December.

He has shown flashes of brilliance in the class, with consecutive victories on Rally Liepaja in 2019 and 2020 his biggest achievement to date.

Solberg and Johnston go to the second round of the World Rally Championship in good shape, having finished January's Arctic Lapland Rally third.

The roads that featured will be similar to the ones that make up the route of the Arctic Finland Rally – but the young Swede is keen to temper expectations.

"The first thing is for me to say a very big thank you to Hyundai Motorsport for giving me this opportunity to gain experience and for putting their trust in me to drive this rally in the i20 Coupe WRC. I'm counting down the minutes until I get to sit in this fantastic car for the first time," he said.

"This really is a dream to be making my debut in a World Rally car with the reigning manufacturers' champions. I have driven quite a lot on the snow, and I know this type of condition quite well, but the car is completely new for me.

"The only target for me in Lapland is to learn and take the experience. I want to come out of every stage understanding the i20 Coupe WRC more than when I started it."

Solberg: Hyundai WRC car "easier to drive" than I thought