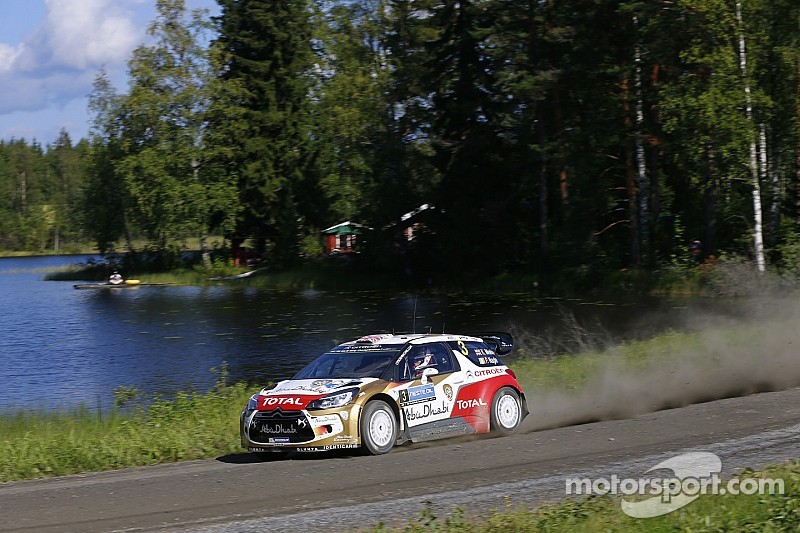 Kris Meeke and Paul Nagle produced a series of remarkable performances throughout Rally Finland to secure third place in their DS3 WRC.

The short but tricky final leg of Rally Finland saw Kris Meeke and Paul Nagle confirm their third place. Never out of the top three from the very first stage, Kris held firm on Ruuhimäki and Myhinpää – driven at an average speed of close to 132kph – to rack up his third podium in 2014, after Monte-Carlo and Argentina.

In addition to the fifteen points earned at the end of the rally, the Briton also picked up an extra point by finishing third in the Power Stage.

Leader from start to finish in his DS3 R3, the Slovakian Martin Koci secured his first win in the FIA Junior WRC. He finished ahead of the Frenchman Quentin Giordano and the Australian Molly Taylor, the first woman to claim a podium finish in this category.

A change of scenery awaits the crews in less than three weeks’ time. They return to tarmac roads at the ADAC Rallye Deutschland, from 21 to 24 August, for the season’s eighth round.

Kris Meeke: “This podium is even more special than the others. We kept in touch with the leaders throughout the two days. We then protected our position, but we ended the rally less than a minute behind the winner. I know we’ve still got some work to do before we can really challenge for the win. But for the time being I’m happy with third place and the experience acquired for the future. Next year, I hope I can fight to do even better!”

Marek Nawarecki (Citroën Racing Deputy Team Principal): “This podium rounds off a fine Finnish campaign for Citroën after Mads Østberg won the Helsinki Rally Battle. It was a very important event for the team and Kris produced a superb performance, combining consistency and speed. He managed to make the most of the experience acquired in 2013 and the pre-rally testing. The rest of the season should be more favourable for Citroën. It’s down to us to make use of all the work that has been done to date.”

Latvala wins for the Finns