Hayden Paddon is working on a deal to land another drive with M-Sport before the end of the 2019 WRC season, after a testing crash ruled him out last weekend's Rally Finland.

The New Zealander's planned return was wrecked when he hit a rock during a pre-event test, destroying the Ford Fiesta WRC in which he was due to make his first top-level start since last year's Rally Australia.

The ex-Hyundai WRC driver then flew home from Finland before the rally had begun to line up meetings with investors, as he continues to try to get back into the Fiesta.

"Even though we knew there was no chance of doing anything on the rally, John [Kennard, co-driver] and I had planned to do the recce, but then there was the chance to sit down with people at home to talk through the options, so I had to jump on the plane," said Paddon.

"I don't think I can manage [the backing I had for] Finland, but I'm working flat-out to put a package together. I will drive anywhere, on any rally for the rest of the year. I just want the opportunity to show what I can do.

"Even though I only worked with those guys for a short time, it was clear to see the ambition and the ability within the team. And the Fiesta felt fantastic from the first kilometre.

"I'll do whatever it takes to be there. I got close in Finland, and it hurt really bad that it ended the way it did. That's not going to be the end of my time in the WRC.

"I've still got a lot of years left in me and, as I said before Finland, I honestly believe I've never driven better or been in better shape than I am right now."

M-Sport team principal Richard Millener said his outfit was keen to find a way to get Paddon back in the team.

"We want to help Hayden," said Millener. "We were massively disappointed for him last week, and we want to see him in the car.

"I was really impressed with the effort he put in, and the work he did ahead of the event to bring the deal together in such a short time. But the simple fact is that we need some more budget to be able to get him back in the car again."

Craig Breen has secured a WRC return with Hyundai for Wales Rally GB off the back of a strong showing in Finland, Motorsport.com has learned.

The ex-Citroen driver impressed in a one-off outing for the Korean manufacturer, fighting inside the top five for the majority of the rally before falling back to seventh to help teammate and championship contender Thierry Neuville.

Motorsport.com understands Breen is also in contention for more outings besides Rally GB with Hyundai this year and for a seat in the WRC next season.

“The event surpassed my expectations,” said Breen of his Finland outing. “My whole plan before rally was to be in position to have to slow down and let somebody by.

“That’s all I could target and that’s exactly how it panned out. I know it’s an odd thing to say and it’s probably the only time in my career I’ll be happy to slow down for somebody, but that’s the truth.

“It was the first event for me and Paul [Nagle, co-driver] in the big [World Rally] car and know it can only get better from here. I’m delighted.” 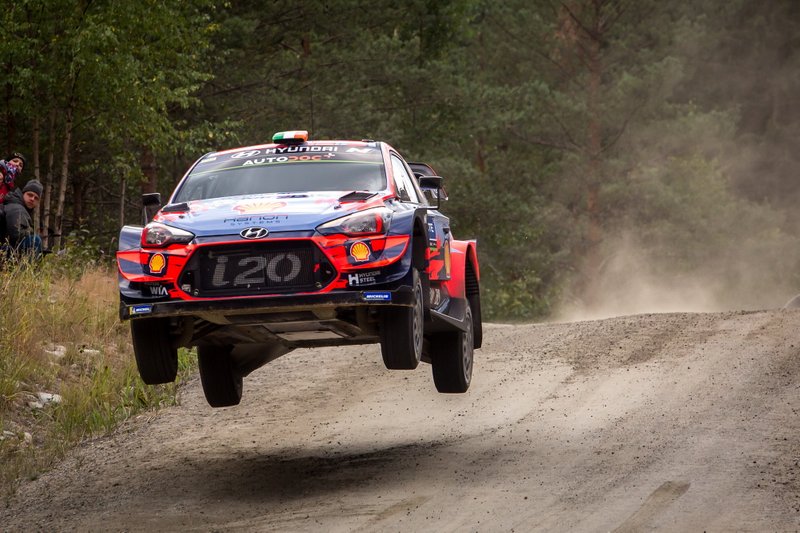 Kalle Rovanpera has become the youngest ever World Rally champion after claiming a dominant sixth win of the season at Rally New Zealand.