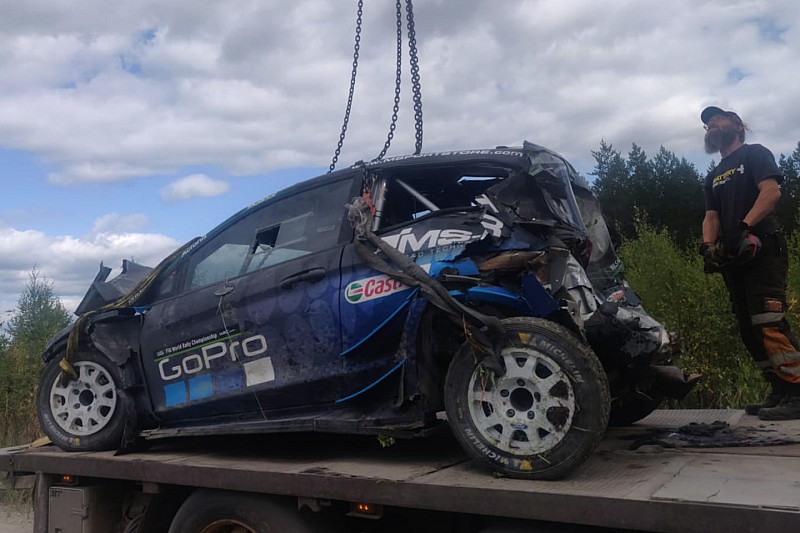 Hayden Paddon has admitted he was powerless to stop the testing crash which ruined his hopes of a WRC return in Finland.

Paddon, who was gearing up for his first WRC round since last year's Rally Australia, hit a rock and went off the road in an M-Sport Ford Fiesta WRC on Monday.

The accident tore the car’s aluminium sumpguard in half and ended the Kiwi driver’s hopes of taking part in this weekend's Rally Finland.

Paddon told Motorsport.com: “After the accident I thought about things and asked myself, 'So, what would I have done differently?' And the answer is actually nothing. That’s one of the things that’s actually so hard [to accept].

“The corner’s pretty much a flat [out] corner, but the approach to it is blind because of a small crest. We came over that crest committed to the corner and on the same line we’d been on plenty of times before and the rock was just sitting there.

“If you move even half a metre off line at that speed, it’s the end, you’re gone. We hit the rock right in the middle of the car and it just threw us off line and straight into the trees.

"At that speed, on a narrow piece of road like that, there’s nothing you can do.”

He added: “I’m gutted because I came to Finland in such a good place, mentally and physically I’ve never been [so well] prepared for a rally like this. Everything was right and everything was ready.

"There was no lack of effort anywhere or from anyone, we put everything into this. Everything. I’d say I’m gutted, but that doesn’t come close.” 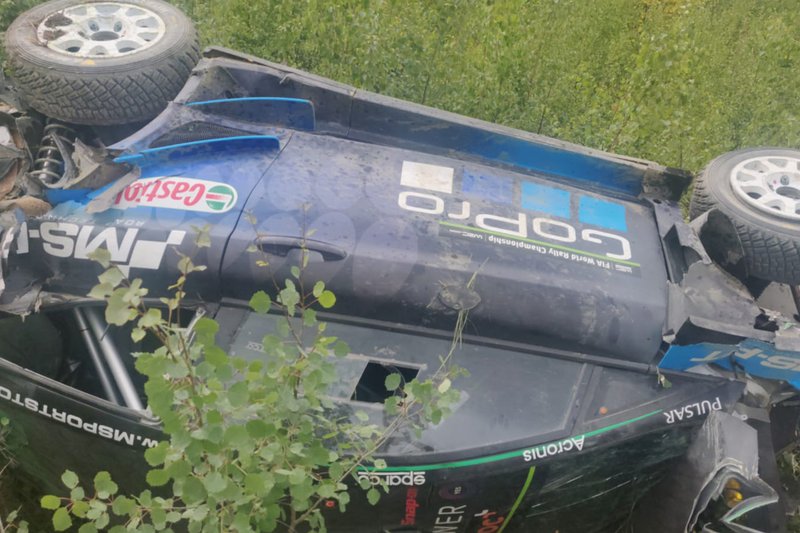 Paddon was left without a drive in the WRC this year after Hyundai signed Sebastien Loeb, and the 32-year-old was overlooked in favour of Craig Breen for a return in Finland with the Korean marque.

This year, he has been focused on contesting events in the Asia-Pacific Rally Championship and his native New Zealand, and said when his one-off M-Sport deal was announced that he is targeting a full-time WRC return in 2020.