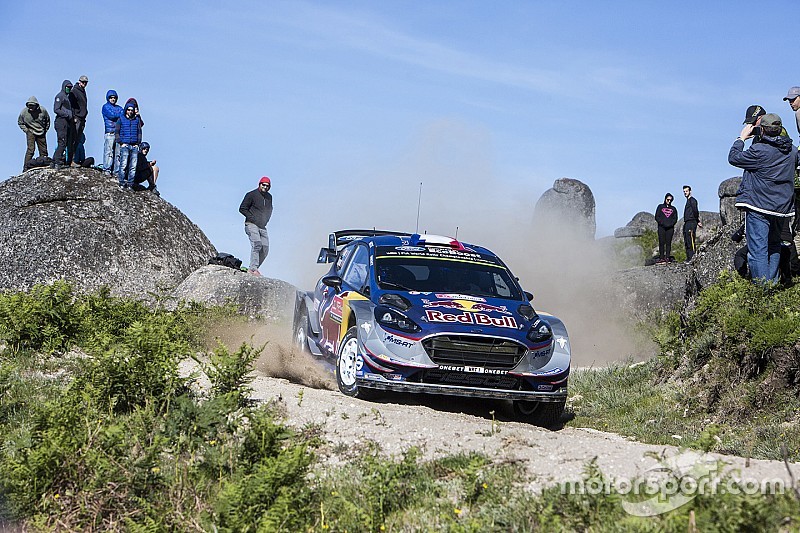 Sebastien Ogier completed a trouble-free final day of Rally Portugal to score his second victory of the WRC season.

Ogier, who inherited the lead after M-Sport teammate Ott Tanak's incident on Saturday, started the day with a 16-second lead over Hyundai's Thierry Neuville.

Only eight tenths slower than the Belgian in the opening SS16, Ogier then cemented his lead by topping the subsequent Luilhas test by over three seconds.

Neuville was quicker in the last two stages, but Ogier only gave up four seconds of his lead, resulting in a win for the Frenchman by 15.6s.

As a result, the reigning champion's lead in the standings is 22 points over closest challenger Neuville.

Neuville's teammate Dani Sordo and Ogier's teammate Tanak completed the day in third and fourth respectively, separated by half a minute.

The latter won the Power Stage, by just four tenths over Neuville.

Craig Breen was the lead Citroen, taking fifth for the fourth time in five rallies, ahead of DMACK's Elfyn Evans.

Juho Hanninen was the top Toyota in seventh, followed by Mads Ostberg, who switched to DMACK tyres for this event, and the second Toyota of Jari-Matti Latvala.

A roll for Skoda's Andreas Mikkelsen on the final stage moved the third Yaris WRC of Esapekka Lappi into the top 10 overall, also handing victory in WRC2 to another Skoda driver, Pontus Tidemand.