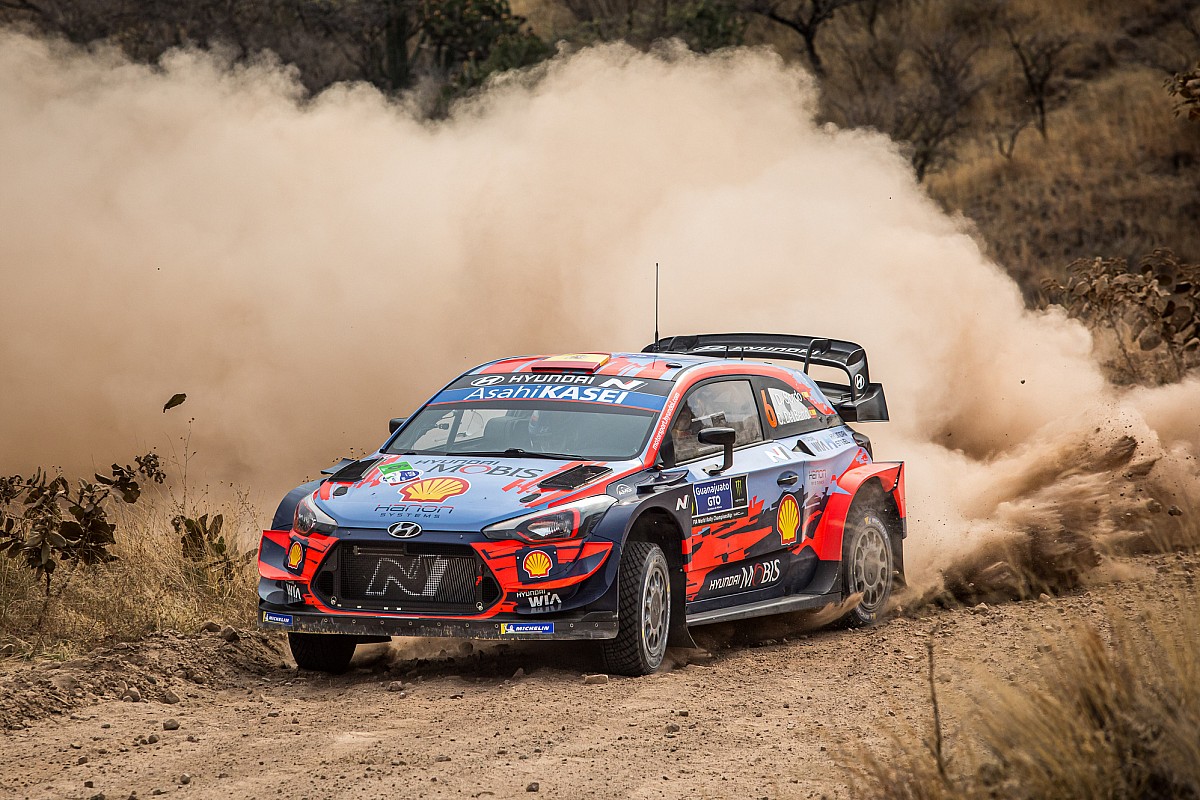 The World Rally Championship has pledged to wait until the last minute before cancelling any of its remaining rallies, and remains confident of hosting at least four more events before the end of the year.

The WRC was able to complete its opening three rounds in Monaco, Sweden and Mexico before the worsening coronavirus pandemic brought the championship to an abrupt halt.

The series has so far only cancelled Rally Portugal and the returning Safari Rally in Kenya, although serious question marks have emerged regarding the viability of the Japan and New Zealand rounds owing to logistical difficulties.

While other championships have taken a more proactive approach with cancelling events, WRC Promoter’s Managing Director Oliver Ciesla believes it would be the “worst thing” to strike rallies off the calendar before the pandemic situation becomes clear in those countries.

"We are trying to find new dates,” Ciesla told Motorsport.com. “But before we make a decision, we'll have to find out if we can travel.

“That is to say, what will be the rules in the countries where we have to race, such as Finland, Germany, England, Turkey, Japan, Italy, but also what are the possible restrictions to return to our country, possible quarantines to be respected.

“We will have to see how things develop in the coming months [and then] make decisions for September, October and November.

"We are forced to wait until the last minute before making a decision. We want to avoid cancelling the rallies too soon. That would be the worst thing. But we too need time to organise the logistics of the material. In Europe it's easier, outside it's more difficult.”

The original WRC calendar featured 14 rounds across Europe, South America, Asia and Oceania - including Rally Chile that was cancelled due to social unrest in November.

August's Rally Finland is the next round still on the schedule following the Safari Rally's cancellation, although the Jyvaskyla-based event could be pushed back to September or October.

Asked how many rounds the WRC could host this year, on top of the three rounds that have already been completed, Ciesla said: "If I have to tell you what my wish is, I would say seven to nine rallies. But the reality is that if we can do between four and six, it would already be very good.”

Echoing comments of bosses of the FIA World Endurance Championship and the World Touring Car Cup, Ciesla said WRC must take the after-effects of the coronavirus crisis into account while formulating the calendar for the 2021 season.

"It's an option we discussed with the teams in our meetings,” Ciesla said when asked if WRC will have to run to a shortened calendar next year. "Fewer rallies means lower costs. Because of the virus we have budget pressures.

“We also asked the teams to develop new cars for 2022 when the new technical regulations will be introduced. For this reason we have considered doing two rallies less than the 14 that are planned.

“We are at the beginning of June. We will make the first proposal of the calendar this month at the [FIA] World [Motor Sport] Council, then we can make a second one in September.

"It wouldn't be a surprise if one or two races scheduled for next year came to us asking for a break due to lack of funds due to the pandemic.”