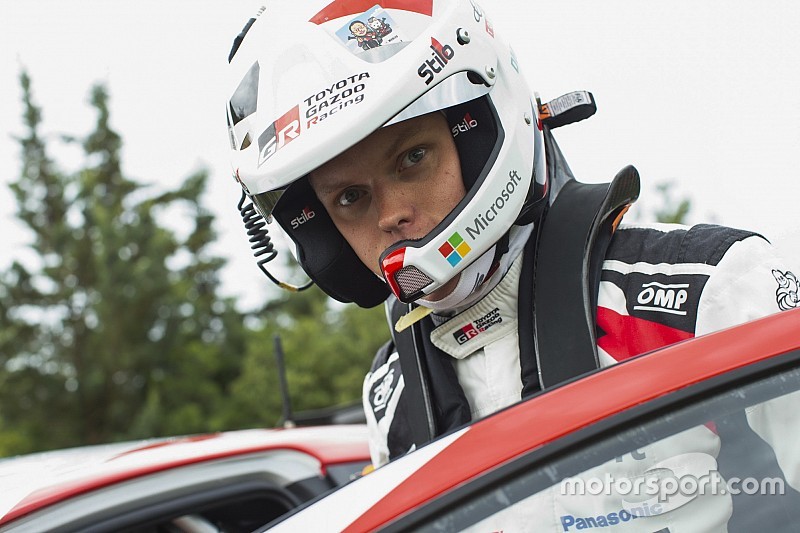 Toyota’s Ott Tanak holds a slender lead in Rally Finland after setting the quickest time in the opening Super Special stage in the streets of Jyvaskyla.

The Estonian won the test by just 0.7s, continuing his strong vein of form after winning a recent non-championship round in his home country.

Andreas Mikkelsen ensured four cars start tomorrow within a second of each other, as he cleared the stage 0.9s behind Tanak in his Hyundai.

The C3 WRC is running revised front suspension geometry this weekend, which Ostberg, in particular, feels "really suits me well."

Jari-Matti Latvala holds eighth after a steady run through the centre of Jyvaskyla, 2.3s off teammate Tanak’s pace.

M-Sport’s Elfyn Evans and Hyundai’s Hayden Paddon both hold ninth after setting an identical time on the stage, just 0.5s behind Latvala and 0.2s ahead of Teemu Suninen in 11th.

Kalle Rovanpera was the fastest of the WRC2 runners in his works Skoda Fabia R5, shading Hyundai driver Jari Huttunen by 1.8s.