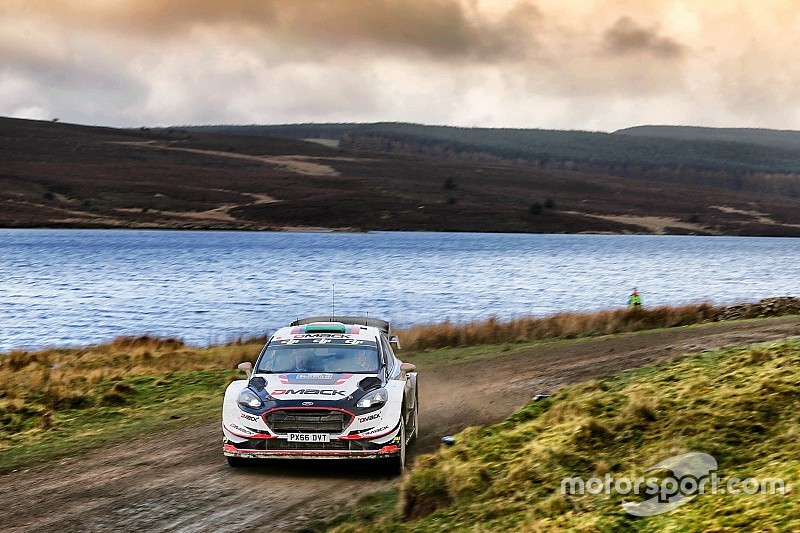 A significantly different route for this year’s dayinsure Wales Rally GB was set to be revealed at the event launch in Llandudno on Monday.

The event will remain rooted in the Deeside service park, but the organisers have used road-closing powers to deliver a schedule which it feels will answer questions raised by both the teams and crews last season.

Instead of two days in mid-Wales and a day in the north, the October 4-7 event will reverse that and include two days in north Wales and one long Saturday through the forests of mid-Wales.

For the first time since 1997, Sweet Lamb-Hafren, Myherin and Dyfi, Gartheiniog and Dyfnant will all run on the same day. The organisers have labelled the 14-hour day which includes nine stages and 93 miles ‘Super Saturday.’

Aside from the headline road closure in Llandudno, the road closures used in the forests are Brenig – which is linked to the Alwen stage via the B4501 and Penmachno and Gwydir, both of which use lanes to lengthen the tests.

The primary gripe for the drivers last year was what they felt an excessive level of road mileage to get to the stages. Making one instead of two trips to mid-Wales has cut that back considerably, as has ditching the RallyFest stage at Cholmondeley Castle.

While there’s no stately home spectator stage this season, the organisers will introduce the brand new Slate Mountain stage on Friday. Crews will take two runs at this 0.80-mile test on the way back to service after an opening Friday morning loop including Clocaenog, Brenig and Penmachno.

Friday’s return to Deeside between the two loops of stages ticks a box for the teams who were frustrated at the lack of a conventional midday service last season.

On Saturday the cars will remain in mid-Wales all day, only stopping in Newtown for the now customary tyre change at lunchtime.

Despite the FIA’s decision not to allow the Great Orme-Llandudno stage to be used for the powerstage, the route for Sunday remains identical – the only change being that the bonus points will be offered for the first run through Gwydir.

Sunday now means two loops of Elsi (new stage close to Betws-y-Coed), Gwydir and the all-asphalt headland stage which takes crews around Marine Drive and into Llandudo for a flying finish on the seafront.

The event starts with the same Tir Prince test as last year on Thursday October 4.