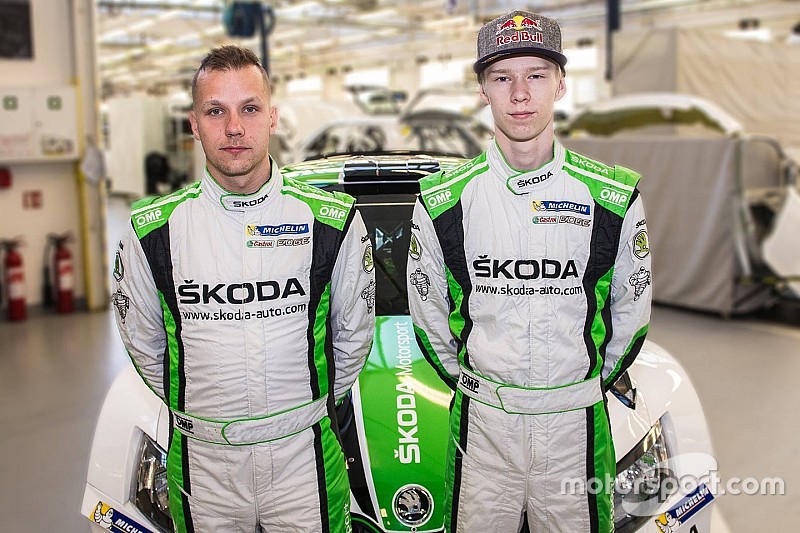 Finnish rallying prodigy Kalle Rovanpera will campaign a Skoda Fabia R5 in WRC2 next season, it has been announced.

Skoda’s squad will be one of the youngest teams around next season with Ole Christian Veiby and Juuso Nordgren, both 21, also signed up with the Czech Republic manufacturer.

This year’s WRC2 winner Pontus Tidemand remains with Skoda, but he is likely to be included in Volkswagen’s development of its Polo GTI R5 later in the year, and long-time Skoda driver Jan Kopecky will also remain in a factory Fabia in 2018.

Skoda celebrated its 2017 success at a press conference in Czech Republic on Tuesday, where motorsport director Michal Hrabanek said: “We are happy to keep Pontus Tidemand and Jan Kopecky in the team.

"Our youngsters Ole Christian Veiby and Juuso Nordgren already proved their talent. A new and equally talented addition to our team is 17-year-old Kalle Rovanpera.”

Rovanpera’s decision to join Skoda means he won’t be driving an M-Sport Ford Fiesta R5 next season. The Finn signed off on his Fiesta adventure with victory at Memorial Bettega in Italy last weekend.

Skoda Auto CEO Bernhard Maier added: “2017 will go down in Skoda’s history as the most successful year in motorsport and business ever. This is a huge achievement for our team, which the whole company can be proud of.

"Motorsport has been part of Skoda Auto’s DNA for 116 years. We are going to continue this tradition in the future.”

On top of Tidemand’s WRC2 title (and 14 national titles around the world) Gaurav Gill won the Asia Pacific Rally Championship and Kopecky took another Czech crown.

Next year Skoda is expected to run a similarly mixed programme including WRC2 and APRC action.

Ostberg contemplating step down to WRC2 in 2018