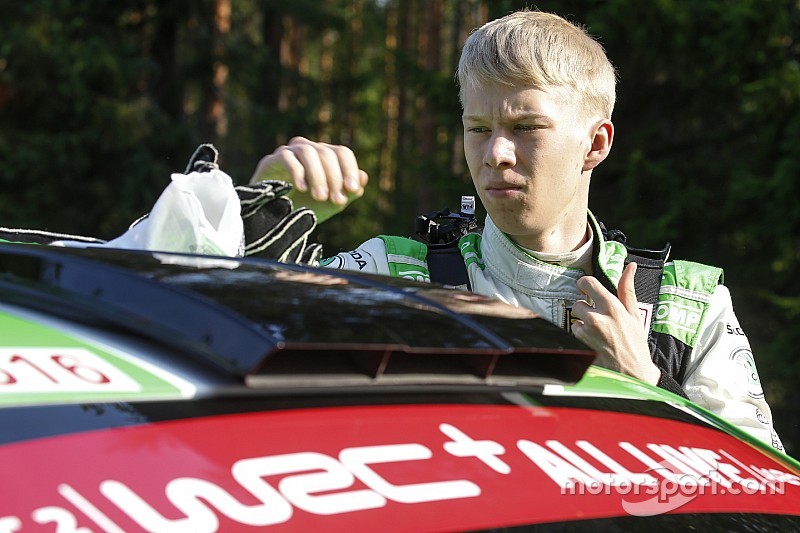 Kalle Rovanpera will step up to a Toyota Gazoo Racing seat next season, making him the youngest ever full-time factory driver in the World Rally Championship.

The 18-year-old's management will invoke a clause in his current two-year Skoda deal to depart the Czech manufacturer at the end of the year. Motorsport.com's sources have indicated he will drive a third Yaris WRC from the start of 2020.

All parties have denied the deal is done, but Rovanpera's manager Timo Jouhki told Motorsport.com he thought the current WRC 2 Pro leader was ready for the step up.

Jouhki said: "Skoda has been very, very good with Kalle. He has done a lot of testing and this has been an excellent place, but now the time has come.

"The aim was for him to make experience for all of the rallies. By the end of this season he will have competed on every rally."

Toyota boss Tommi Makinen said it was "a little too early" to start talking about drivers for next season, but added that he would be thinking about his 2020 line-up from now on.

Rovanpera has already tested the Yaris WRC, driving the car for the first time during an endurance session in 2017.

Speculation of the Finn's switch to Toyota has been rife ever since, but Rovanpera himself remains relaxed about the move.

He told Motorsport.com: "If the season continues to go like this, then I think we can go to the big cars.

"We can go there and learn or we can use the option with Skoda and stay for another year, because there is still a lot to learn from the conditions of rallies. I saw in Portugal and Sardinia, the first time going to a new event is always difficult. So I will learn with Skoda or go with the big car."

Rovanpera is careful not to describe the "big car" he's talking about.

Motorsport.com understands there was interest in Rovanpera from M-Sport and Hyundai, but Citroen remains fixed for next season with Sebastien Ogier and Esapekka Lappi.

The news that Rovanpera will take one of three Yaris WRCs next season is likely to have ramifications in the driver market, but this season much of the movement around drivers will depend on whether Ott Tanak remains at Toyota.