Subscribe
Previous / Safari WRC: The Good, The Bad and a Dazzle of zebras Next / Vatanen to be reunited with WRC title-winning Ford after 40 years
WRC / Rally Kenya News

The Safari Rally will remain on the World Championship calendar until 2023 at least and possibly beyond following its successful return to rallying’s top tier after a 19-year hiatus.

The long-awaited return of one of rallying’s most iconic event’s proved a hit with drivers, teams and fans, as Toyota’s Sebastien Ogier triumphed in one of the WRC’s toughest and most spectacular events.

The WRC received a particularly warm reception from Kenyan locals as fans lined the streets and filled spectator areas to welcome the championship back after almost two decades away.

WRC has confirmed to Motorsport.com that a multi-year agreement has already been signed to ensure its immediate future on the WRC schedule. The event was due to return last year before the COVID-19 forced its postponement to this year.

“The agreement that has been signed with the promoter is for a few years. The idea is to have them in the calendar for at least three years,” FIA Rally director Yves Matton told Motorsport.com.

However, Kenya president Uhuru Kenyatta, who was on hand to start the event and present the trophies, declared on the podium that the event will remain on the WRC calendar until 2026 and that his government are already committing financial support for the next event.

“It gives me great pleasure, therefore, to announce, that we have agreed, with the International Automobile Federation (FIA) and the World Rally Championship (WRC), to continue hosting the Safari Rally in Kenya, every year until 2026,” said Kenyatta in several reports.

A deal until 2026 for the Safari Rally is yet to be confirmed by the WRC. 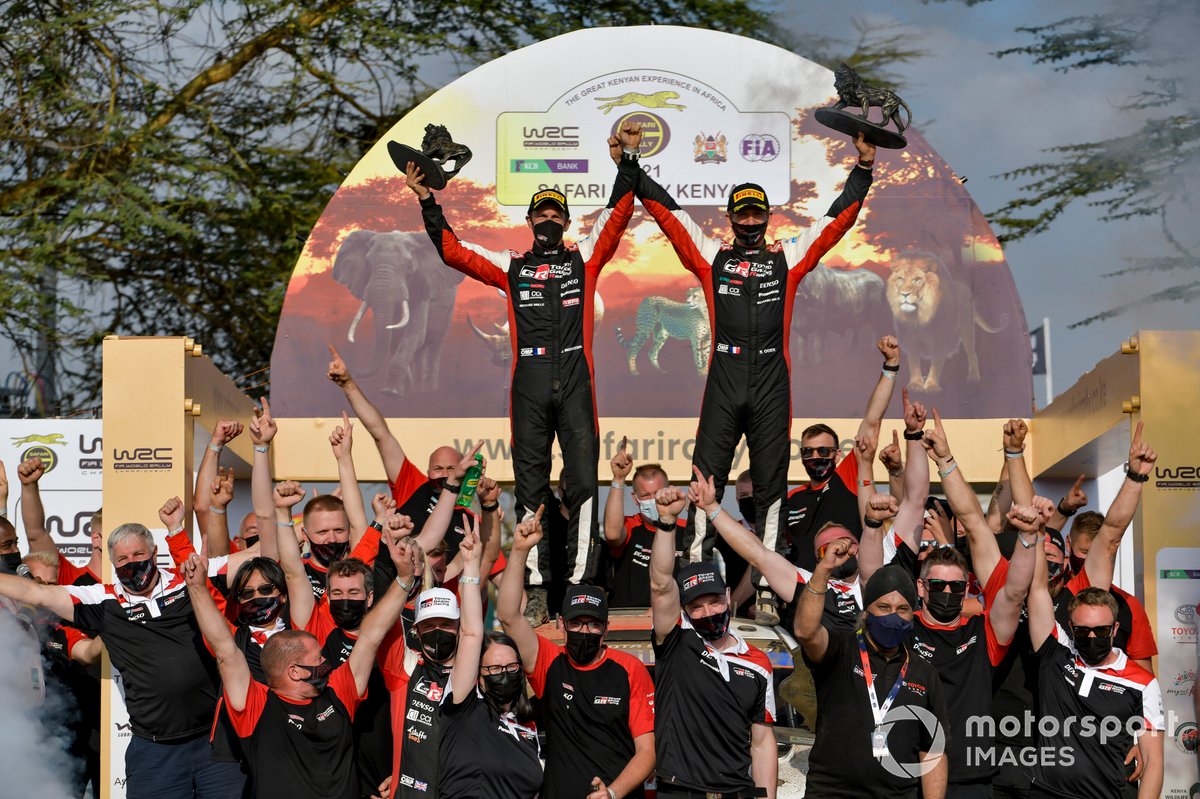 After seeking clarification on the president’s comments, the WRC maintained only its existing multi-year deal is in place currently.

“Safari Rally Kenya proved the amazing success we all hoped, and expected, it would be,” a WRC Promoter spokesman told Motorsport.com.

“The rally received an incredible welcome from the locals, whose enthusiasm and passion for the Safari has not diminished one bit in the 19 years the championship has been away.

“It has a fabled history in motorsport and provided an arduous challenge that the drivers took on with great gusto.

“We currently have an existing multi-year agreement in place with the Safari Rally and are already looking forward to returning in 2022.”

Rally winner Ogier had mixed feelings about the Safari Rally before the event, but speaking afterwards he was of firm belief the rally should be a permanent fixture on the calendar.

“Honestly I would say yes,” said Ogier, when asked whether the event should become a regular WRC rally.

“WRC needs diversity and I think it is nice and this weekend was definitely entertaining.

“I’m sure a lot of people enjoyed watching the action and for us it is something very different.

“Also when you see the enthusiasm of the local people that makes us very happy. I enjoyed the week a lot especially after a long time where we haven’t seen spectators for a while, it was unbelievable to see the amount of people on road sections.”

Safari WRC: The Good, The Bad and a Dazzle of zebras