Dani Sordo is expected to remain with Hyundai for a seventh WRC season in 2020, despite reported advances for his services from Toyota.

The 36-year-old Spaniard told Motorsport.com that he feels comfortable and happy with the Korean manufacturer, whose line-up he has been part of since 2014.

“It’s very close with Hyundai,” Sordo said. “For me it’s close because I feel really good with the people, they respect me a lot, they consider me in everything.

Sordo dismissed talk of a move to Toyota, adding: “If Tommi [Makinen, Toyota team principal] really wants me then he needs to talk. Adamo came to me and he says I want you.

"It’s normal, if I want something from you then I ask you – this is the normal way. I don’t care, I have no problem with Tommi – he’s nice, but I never had a chat face-to-face with him."

With Sebastien Loeb under contract to Hyundai for six rallies next year, Adamo needs to find a driver ready to run a part-programme – something that suits Sordo.

Asked how likely Sordo was to remain in 2020, Adamo replied: “Let me say the other way around – I cannot see somebody better.

"That doesn’t mean that he remains here because I have no alternatives, I don’t want to be misunderstood. I grab him because he’s a team-builder, he’s reliable, somebody with a good mood and when there’s a problem there’s no finger pointing.

"When he has something to say he comes to me and we talk – he doesn’t make the show around the world. This is why I say I don’t see somebody better." 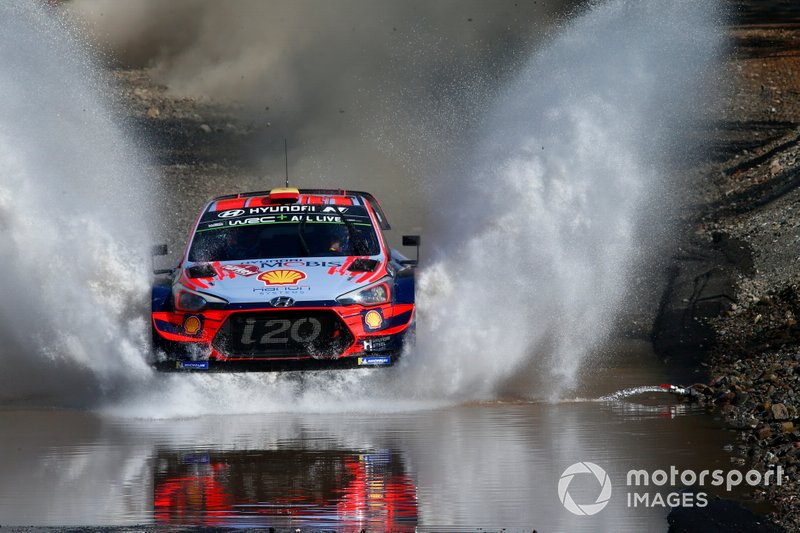 Ogier warns Citroen not to get complacent after 1-2