Spain serves up a mixed platter of gravel and Tarmac 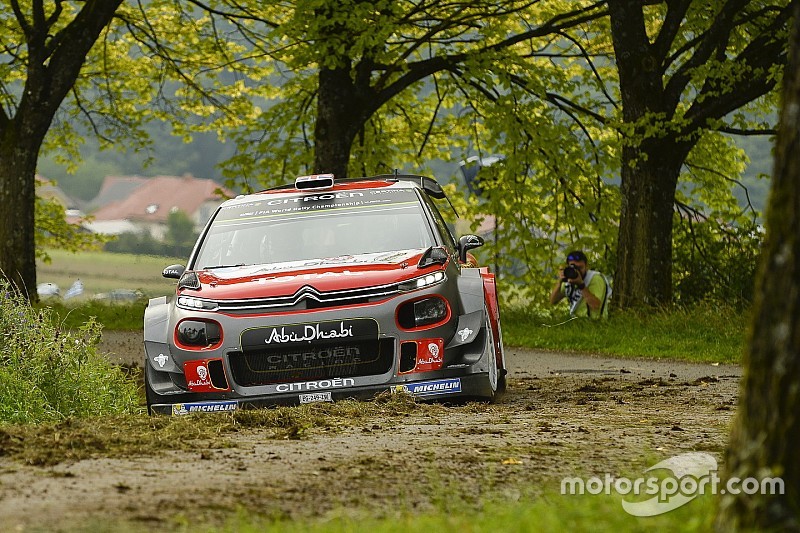 After a long break, the World Rally Championship resumes with the eleventh round in Catalonia

Back to school for the WRC

This year, the WRC teams had to wait until the end of August before getting a breather. Following rounds in Poland, Finland and Germany, the six-week break was very welcome after a busy summer!

The championship therefore returns to action in Catalonia, at a round that is special in more ways than one. Based in Salou, right next to the PortAventura theme park, Rally de España is the only mixed-surface event on the WRC calendar.

On Friday, the opening leg will be mainly contested on mountainous gravel roads, although the long Terra Alta stage includes sections on tarmac. At the end of day one, the teams will have an hour and a quarter in which to convert the cars to tarmac configuration. The longest service of the year is always a bit special, for mechanics and fans alike! The main alterations made during service involve changing the transmission and suspension systems, and reducing the level of chassis protection.

The final two legs are then contested on tarmac. The Catalan event is famous for its wide, smooth, circuit-style roads. The aerodynamic efficiency and engine power of the 2017 World Rally Cars should be something to behold on this surface! Since cutting the corners is common here, the drivers will nonetheless need to keep an eye out to avoid hitting loose rocks and picking up a puncture.

The Challenge: Be quick on both surfaces

As it is held on two surfaces with radically different requirements, Rally de España puts greater emphasis on the versatility of the drivers and their cars. In order to prepare for this round, the Citroën Total Abu Dhabi World Rally Team held three days of tests in Catalonia, only on gravel. Stéphane Lefebvre, Kris Meeke and Sébastien Loeb took turns behind the wheel, managing to come up with a set-up that suited all three of them. On tarmac, the team will be capitalising on the qualities of the Citroën C3 WRC, which were clearly demonstrated at the Tour de Corse and the ADAC Rallye Deutschland.

This year will mark Kris Meeke's tenth appearance at RallyRACC Catalunya – Rally de España. To date, the Briton has not enjoyed a great deal of success in Spain. However, he had a more positive rally in 2016, which he ended with the feeling of having found the right pace at this event. As he looks to put his recent disappointments behind him, the winner of this year's Rally Mexico will be aiming to be among the frontrunners.

After missing rounds in Finland and Germany, Stéphane Lefebvre returns to the wheel of the C3 WRC in Spain. Unlike his team-mate, the young Frenchman only has very limited experience of the event. But that won't stop him from seizing the challenge! Looking to build on his fine race at Rally Poland – where he finished fifth overall – he will be aiming to keep learning about competing among the elite of the World Rallying.

Khalid Al Qassimi will also be celebrating his tenth outing in Spain. After appearances in Portugal and Finland, the Abu Dhabi driver will be pursuing his partial programme at one of his favourite rallies.