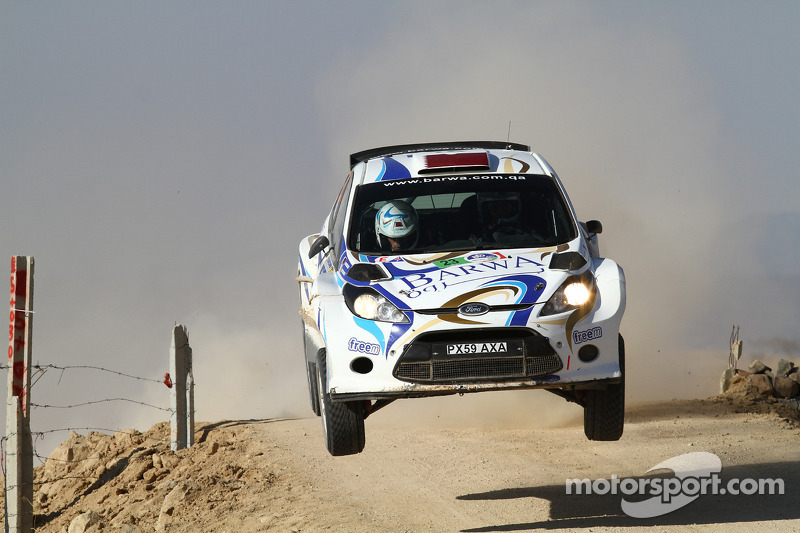 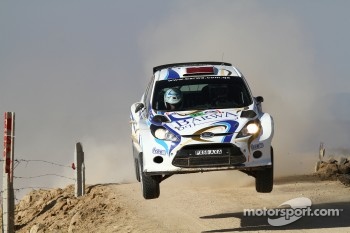 Nasser Al-Attiyah thought he would be leaving last month’s Rally Guanajuato Mexico, venue for round one of the Super 2000 World Rally Championship, with victory and 25 points following an impressive drive on the taxing gravel event.

However, post-rally technical checks found that a part on his Ford Fiesta S2000 didn’t comply with the regulations and the Qatari was promptly disqualified, handing victory to rival Fiesta driver Martin Prokop in the process.

Undeterred, the multiple Middle East champion will start the second round of the SWRC - the World Rally Championship’s fastest support category - determined to make up lost ground and profit from the absence of Prokop, Juho Hanninen and Ott Tanak, none of whom have nominated the gravel round as one of their seven scoring events.

“The car was running perfectly in Mexico so, of course, I was hugely disappointed after my disqualification,” said the Barwa World Rally Team driver, a winner in Jordan during the event’s stint as a WRC candidate rally. “But I must try to push that incident to the back of my mind and aim for victory in Jordan. I know the stages well in Jordan - they are very similar to other rounds in the Middle East championship and I am feeling very confident with the car. I think I can win.”

If Al-Attiyah is to win in Jordan then he will have to overcome the threat posed by Bernardo Sousa. The Portuguese didn’t select Rally Mexico as one of his seven nominated events so starts his campaign in the Middle East. Although his challenge in Jordan last year ended in exclusion, Sousa had been leading in his Fiesta and is set to challenge again.

Like Sousa, Eyvind Brynildsen will also use Jordan to open his SWRC campaign at the wheel of a Skoda Fabia. The young Norwegian will compete under the PS Engineering banner in deference to his countryman, the 2003 world champion Petter Solberg, who has taken Brynildsen under his wing.

Hermann Gassner Jr will also be reliant on Skoda power when he makes his SWRC debut. The perennially underfunded German star has been handed a dream drive in a Red Bull-backed Fabia, run by Raimund Baumschlager’s crack BRR operation from Austria. It’s quite a turnaround for Gassner, who spent last year’s Jordan Rally working as a mechanic for his current employer.

Frigyes Turan will also make his SWRC debut in Jordan. The Hungarian impressed on a handful of world championship events last term only to suffer a heavy crash on RACC Rally de Espana. “It means the world to accomplish a place in the SWRC but I am sure it will be an extremely hard season among extremely talented opponents,” said the Fiesta pilot. “I’ve only tested my car on icy stages so far but I am ready for the hot climate and gravel stages in Jordan.”

Albert Llovera begins his second season in the SWRC in an Abarth Grande Punto partnered by new co-driver Diego Vallejo, who navigated MINI factory driver Dani Sordo for part of the 2010 season. The Andorran is paralysed from the waist down following a skiing accident back in 1985 and relies on special hand controls.

Karl Kruuda will be looking for better fortune in Jordan after being hampered by mechanical problems in Mexico. Local driver Ammar Hijazi is eligible to score SWRC points after being nominated as a wildcard entrant by the rally organisers.