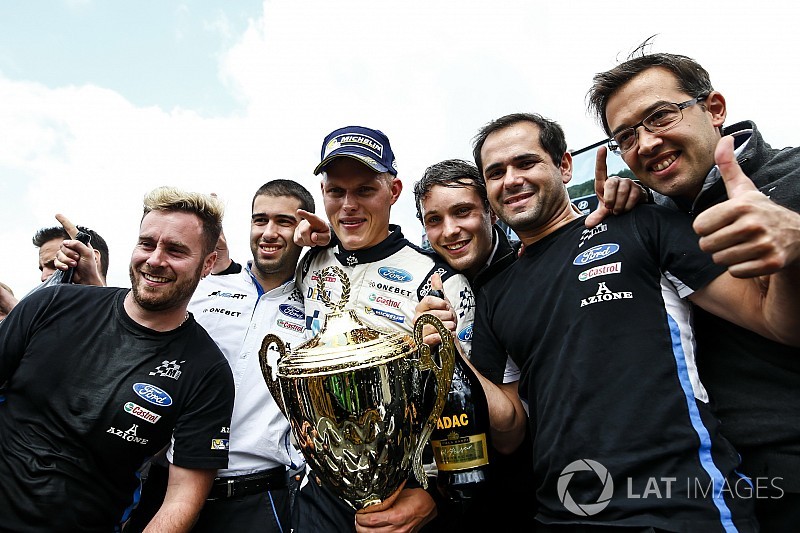 Ott Tanak says his Rally Germany win has played him into the thick of the fight for this year’s WRC title fight.

The Estonian scored a dominant victory for the M-Sport World Rally Team last weekend and in doing so narrowed the gap between himself and his series leading teammate Sebastien Ogier to 33 points.

The difference to second-placed Hyundai driver Thierry Neuville, who retired from the rally, is 16 points.

Tanak, who led the Saarland event after an inspired tyre choice on Friday afternoon’s wet conditions, told Motorsport.com: “This championship’s not over, it’s never over until it’s over!

"While it’s still possible I will keep fighting and keep pushing. I have closed the gap to the two guys in front and that gap’s not too big.

"I know I will have to win more rallies, but that’s what we’re aiming for in the next three [rallies].

“We’ve seen that anything can happen and if there’s any kind of slip or problem then I’ll be right there. I don’t see any reason why we shouldn’t be right there – but we need to keep winning if we want that title.”

M-Sport team principal Malcolm Wilson said he was delighted with the speed and tenacity Tanak, whose Germany win was his second in four rallies, was showing.

“Is he in the championship fight?” Wilson pondered. “Well, one thing is for sure: he’s 25 points better off than he was after the last round.

"This year has shown us that anything can happen, so I certainly wouldn’t rule Ott out. I don’t want to say too much now, we’ve been in this position before and seen it disappear.

"We have to stay focused as a team and work harder and harder on the last three rallies – and that’s exactly what we will be doing.”

Citroen yet to decide on fielding Meeke in Catalunya