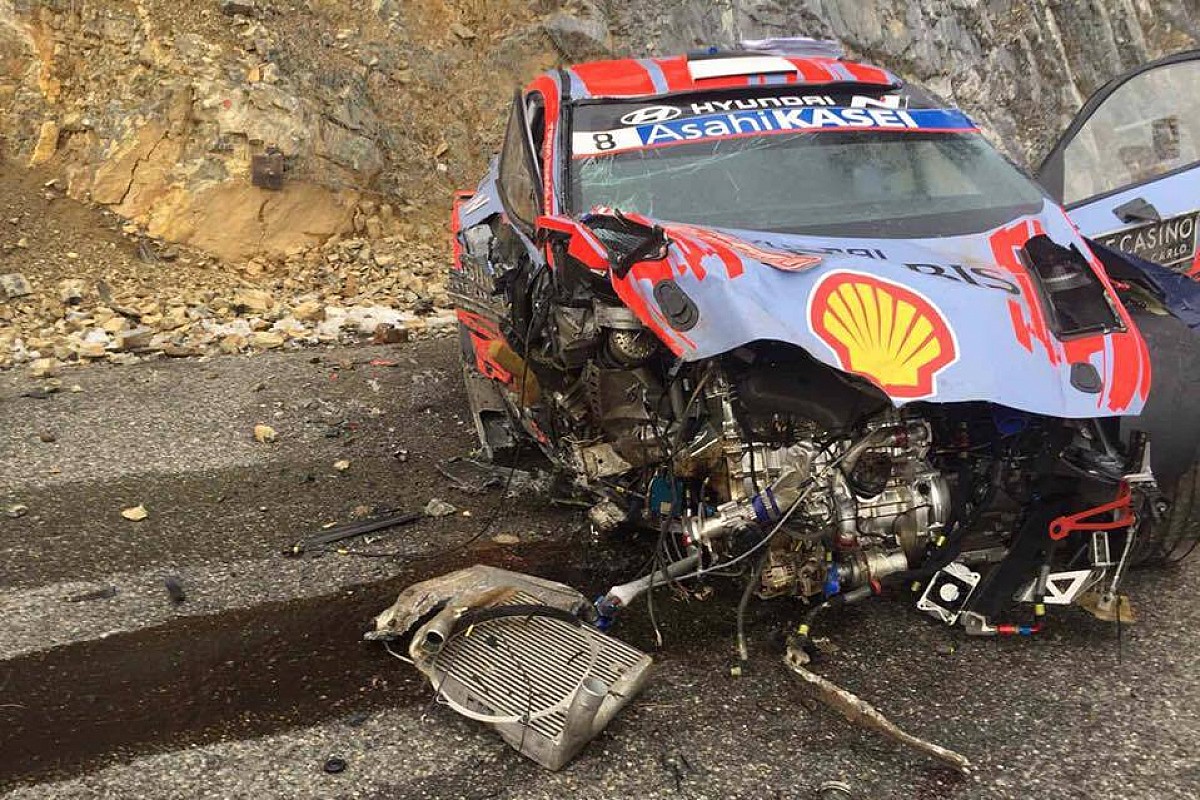 Ott Tanak says he has “learned a very good lesson” and needs to “focus more than ever” on Rally Sweden, after crashing out of his Hyundai World Rally Championship debut.

Tanak rolled off the side of a ravine on the season-opening Monte Carlo Rally on the first full day of the event, which ruled him out of competing again that weekend.

He heads into this week’s Rally Sweden as the reigning winner, having taken his first Swedish victory last year with Toyota.

Owing to his crash on round one, Tanak will start well behind his top WRC rivals in the running order, which could prove a hindrance or an advantage depending on what conditions meet the drivers this week.

“Since Monte, I have been feeling better every day,” said Tanak.“We learned a very good lesson, and we know now that each time we have to drive a new section, we really need to focus more than ever before.

“Driving in Sweden is always very special, particularly when we get some frozen, icy conditions. The grip from the spiked tyres is extremely high and gives a great feeling.

“It will be important for us to get back some points and to improve step-by-step.

“It will be our first time on loose surface with Hyundai, but I hope we can deliver a good result.”

Questions were raised over whether Rally Sweden would run this year due to higher temperatures halting the formation of the usual heavy snow and snowbanks on the rally’s stages.

“An ideal Rally Sweden would have lots of snow, huge snowbanks, very icy roads, the perfect conditions for us to go fast with full confidence to get the most out of the car,” said Neuville, the 2018 Rally Sweden winner.

“When the road is properly frozen, the studs get good grip and you can go flat out.

“Obviously, if there will be less snow than previous years it could be quite tough to do the stages.

“Our tyres are very thin and very high, so they won’t work the same on gravel stages and it’s going to be really tricky.

“Without the snowbanks, the rally gets faster and faster, and less interesting, so we keep our fingers crossed for a lot of snow to arrive.”

Tanak and Neuville are joined by Craig Breen for Sweden, as he replaces Sebastien Loeb.

It has also been revealed Breen will contest this year's European Rally Championship in a Hyundai i20 R5 with Paul Nagle alongside.

Indian tyre manufacturer MRF have played a major role in the deal and Breen will use its tyres for the eight-round mixed-surface championship.

“We worked together last year placing emphasis on tyre development," said Breen of the move.

"It will be a great adventure to get back to some rallies I have done in the past along with some new events.

"It will be a great year with MRF Tyres, BRC Racing Team and Hyundai Motorsport Customer Racing. I am looking forward to the Azores Rallye and getting the programme started.”