Ott Tanak says he channelled the difficulties of his rollercoaster WRC career so far into his title-clinching Rally of Spain drive.

A late charge to second and maximum Power Stage points allowed Tanak to put the 2019 title beyond the reach of rally winner Thierry Neuville going into the finale in Australia next month.

Tanak's first championship win comes after a near-miss in 2018, when late-season misfortunes halted his title bid after a string of mid-year wins.

Prior to becoming a frontrunner in the past three seasons, Tanak had an up-and-down career that included being dropped on multiple occasions by M-Sport team boss Malcolm Wilson before he managed to establish himself as a winner with first Wilson's Ford squad and then current team Toyota.

He was also involved in famous incidents such as a crash into a reservoir in Mexico and a fiery Rally Portugal accident in 2016.

“We’ve been in the fire and in the water,” said Tanak, who became the first Toyota driver to win the WRC title since Didier Auriol in 1994 and only the third different champion of the past 15 years, following phases of domination for Sebastien Loeb and Sebastien Ogier.

“We’ve experienced a lot of difficulties, but as I can feel today all these difficulties have given me some kind of strength and now finally I’ve been able to use it in a good way.

"The pressure has been at a different level this week. We were never able to take the challenge to fight with Thierry, I knew I could never take that risk.

"But when we came to the final stage, I knew I had two options. I could wait and maybe Thierry doesn’t get enough points and it just comes to me.

"But nothing [just] comes to me in my life and I always have to fight for everything. I had no choice. I had to fight.”

Tanak is understood to have agreed to leave Toyota for Hyundai next season, which is set to make next month's Australian round his last outing in a Yaris WRC. 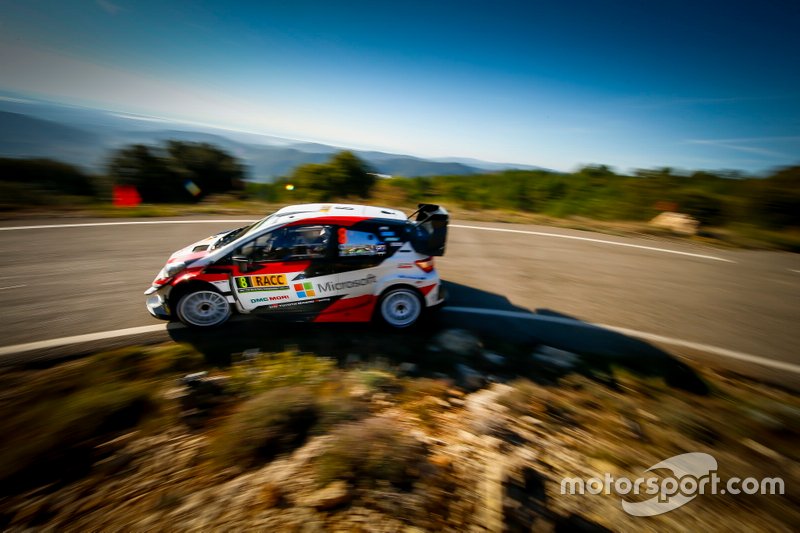 Neuville would welcome Tanak at Hyundai in 2020