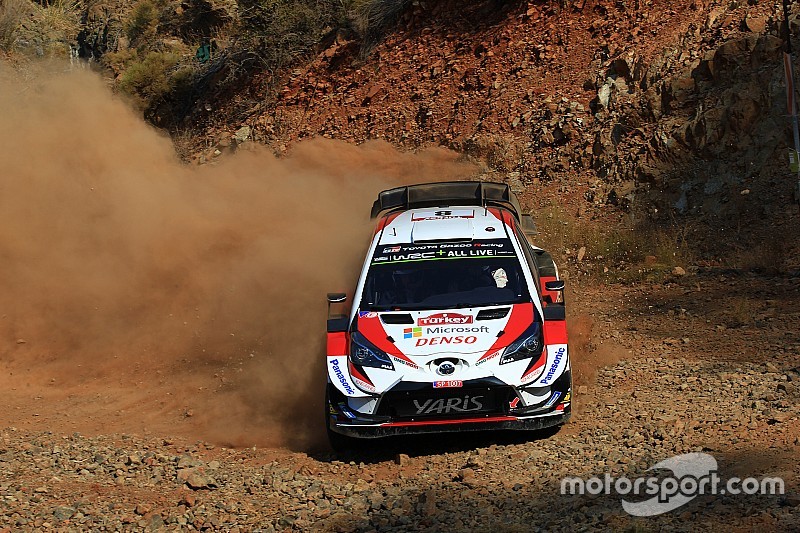 WRC points leader Ott Tanak will miss the remaining Saturday stages of Rally Turkey after suffering problems with his Toyota Yaris in the morning loop.

Tanak completed SS8 Yesibelde - the first stage of the morning - fifth-fastest despite being the fourth car on the road, and had moved up to seventh in the overall standings after championship rival Thierry Neuville's dramas.

But the Toyota driver was unable to make it to the start of SS9, with his Yaris breaking down with an electrical problem while he was en route to the start of the stage.

It means that Tanak will be unable to complete the remaining stages of the day, ending his hopes of winning the rally for the second time in as many years.

Tanak’s electrical failure will be a huge blow to Toyota's hopes of closing the gap to Hyundai in the fight for the manufacturer’s title, and will give Neuville and Sebastien Ogier a boost in the drivers' championship.

Neuville dropped down to ninth after the opening stage, having rolled his Hyundai i20 onto its side 17km into the Yesibelde stage.

He was able to put his i20 back on to its wheels, but lost over four minutes to his rivals, ending his fight for the lead with Citroen pair Esapekka Lappi and Sebastien Ogier.