Toyota has revealed which events Takamoto Katsuta will contest during the remainder of the coronavirus-impacted 2020 WRC season.

Originally, the Japanese driver was supposed to contest eight rallies in 2020 at the wheel of a fourth factory-entered Yaris WRC, including all seven European events.

However, after finishing seventh in Monte Carlo and ninth in Sweden, Katsuta's plans were placed on hold as a result of the COVID-19 pandemic.

Following last week's reveal of a revised calendar, Toyota has now clarified that Katsuta will join its regular drivers Sebastien Ogier, Elfyn Evans and Kalle Rovanpera when the season resumes with a brand-new event in Estonia on September 4-6.

Katsuta will then compete in Germany, Sardinia and his home rally in Japan as planned, meaning the only event between now and the end of the year he'll skip is Rally Turkey.

Former Toyota full-timer Jari-Matti Latvala had been hoping to contest as many as five rounds of this year's schedule in a privately-entered Yaris, taking part in Februrary's Rally Sweden and retiring early on with an engine problem.

The veteran Finn is now turning his attention to being able to contest a limited programme with his Toyota in 2021 as he eyes up a potential front-line return in 2022.

“If I could do some historic events, especially some on tarmac, I would enjoy that,” Latvala told wrc.com. “I would use my Toyota Celica GT4 and that, along with some WRC rounds and some events in Finland, that could help to keep me in the moment of driving.” 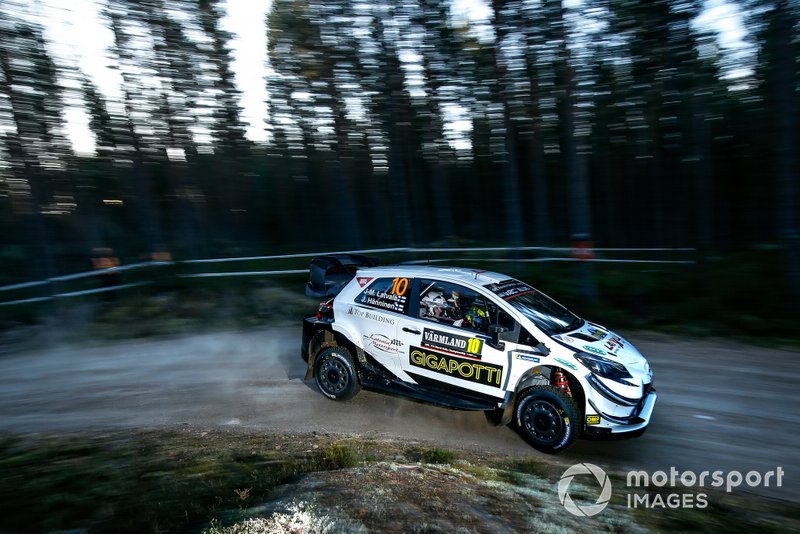 Toyota open to renting out fourth car at 2023 WRC events