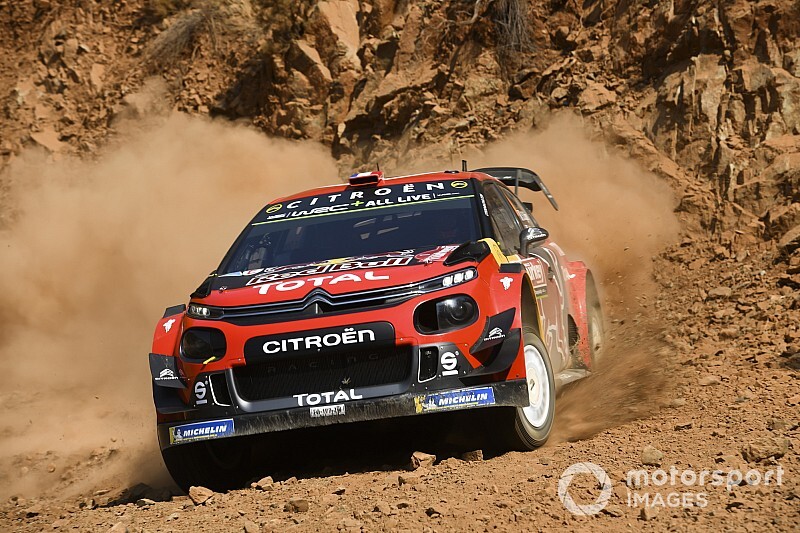 Lappi excelled on the rain-affected second running of the 38km Cetibeli stage in his C3, despite being on the hard tyre which was ill-suited to the cooler wet weather.

The Finn set the second fastest time in that stage, behind only Thierry Neuville, who had been forced by a slow puncture to change to three medium tyres just before Cetibeli, helping him to set a time 7.6s quicker than Lappi.

Ogier had a clean afternoon to move into second overall but he goes into Saturday only 0.7 seconds ahead of third-placed Neuville.

Teemu Suninen moves up to fourth in the best of the M-Sport Fords, albeit 26 seconds behind the leading trio, ahead of Hyundai’s Andreas Mikkelsen, who described the Cetibeli stage as “driving on ice”.

Dani Sordo reported intermittent engine issues with his Hyundai early on in the afternoon but went on to complete the final stage of the day 10.9s quicker than anybody else, propelling himself up to sixth position.

A stall didn’t stop Citroen’s Kris Meeke winning the opening stage of the afternoon but he too struggled in the rain, losing over a minute to stage winner Neuville.

Points leader Ott Tanak picked up a puncture early on in Cetibeli and the time loss dropped him down to seventh, which turned into eighth after Sordo’s blistering Ula performance.

Fellow Toyota driver Jari-Matti Latvala likewise struggled, losing 50 seconds in the opening stage with a puncture. That problem was compounded by the sound of the exhaust getting into the car, drowning out his pacenotes.

M-Sport’s Pontus Tidemand is the last of the WRC drivers, 3m45s off rally leader Lappi.