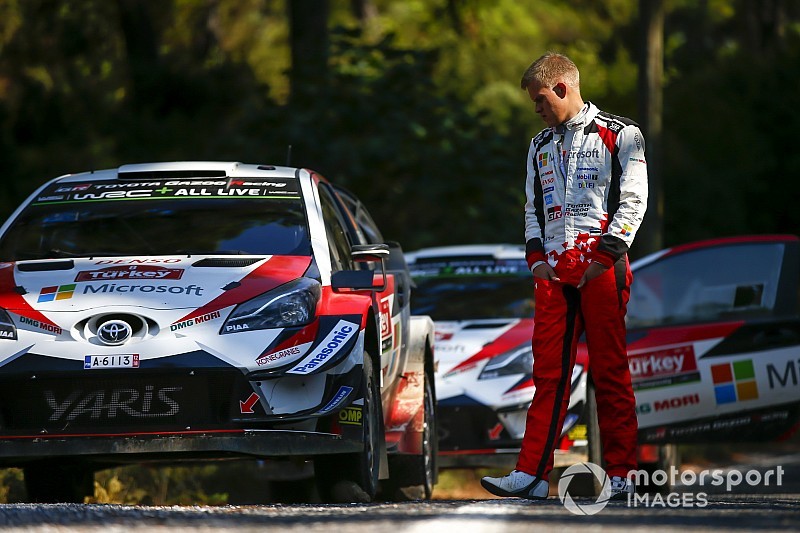 Ott Tanak extended his lead at the head of the Rally Turkey order on Saturday afternoon, as he bids for a third successive WRC win.

Tanak took the lead of the rally on SS11 as Sebastien Ogier retired and Andreas Mikkelsen hit trouble, while Jari-Matti Latvala slotted into second to make it a Toyota one-two.

Latvala managed to reclaim five seconds from Tanak on SS12 but to conclude the loop Tanak edged Latvala by 5.1 seconds on Icmeler to end the day with a 13.1s lead.

If he can secure a third win in a row on Sunday, Tanak has the potential to move into second in the championship ahead of Ogier, and could reduce his gap in the standings behind current leader Thierry Neuville from 36 to as little as six.

Neuville retired from the day during the morning when his Hyundai suffered broken left-front suspension.

Hyundai driver Hayden Paddon rounds out the top three, 57s down on Tanak, while teammate Mikkelsen, who led into SS11 before encountering trouble, lies fifth behind the M-Sport Ford of Teemu Suninen.

Henning Solberg, competing in an R5 car this weekend, is a brilliant sixth ahead of Rally2 restarter Elfyn Evans.

WRC2 leader Jan Kopecky lies eighth in his works Skoda Fabia and can take the class title if he wins this weekend.

Craig Breen’s Citroen was lost on the road section after SS11, his C3 WRC engulfed in flames after the Irishman stopped multiple times in the stage with smoke entering the car’s cockpit.