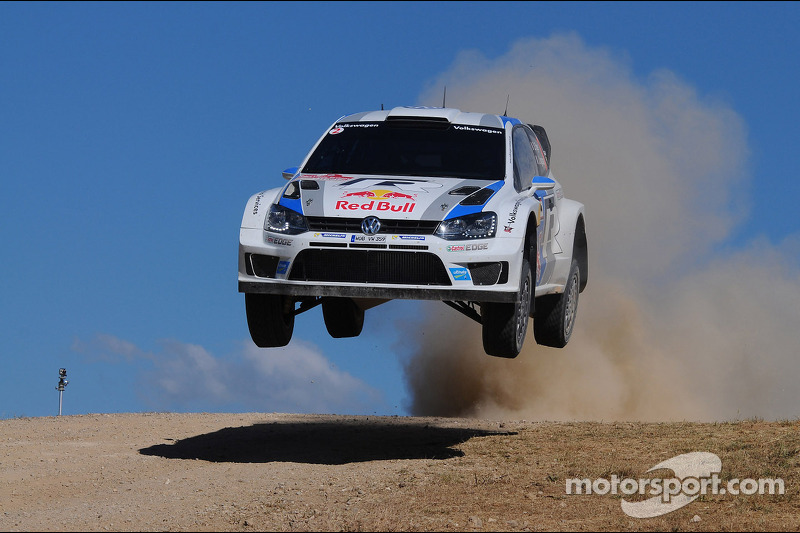 In the Drivers’ standings, Sébastien Ogier is currently top dog with 154 points, a whole 64 points ahead of team-mate Jari-Matti Latvala (FIN).

The FIA World Rally Championship (WRC) is in its summer break, with the next highlight – the Rally Finland – scheduled for the start of August. After seven of the thirteen races, Volkswagen boasts an impressive record: a significant lead in the WRC Drivers’ and Manufacturers’ Championships, victories in over 57 per cent of this season’s special stages so far, and five wins in seven rounds of the World Championship. 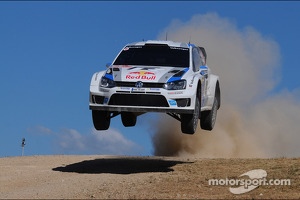 The start of the Volkswagen works team’s debut season in the World Rally Championship has been better than even the boldest optimists had expected. As such, the team enters the second half of the season, which consists of a further six rallies, full of confidence.

After the latest success in the Volkswagen Polo R WRC for Sébastien Ogier and his co-driver Julien Ingrassia (F/F) at the Rally Italy in Sardinia, the Volkswagen works team leads the Manufacturers’ Championship on 220 points.

In the Drivers’ standings, Ogier is currently top dog with 154 points, a whole 64 points ahead of team-mate Jari-Matti Latvala (FIN) who recently finished third in Sardinia. It bodes well for the Frenchman: in the last five years, the driver leading the overall standings at the halfway point of the WRC has gone on to claim the title come the end of the year.

Volkswagen has also clocked the fastest time on 69 of the season’s 120 special stages so far in the Polo R WRC – a remarkable success rate of 57.5 per cent. Furthermore, at least one Volkswagen Motorsport driver has stood on the podium at every round of the WRC this year – predominantly Ogier, who has won four of the seven WRC races so far and finished runner-up in a further two rallies.

“We are very happy with the results, as we have far exceeded our original goals,” said Volkswagen Motorsport Director Jost Capito. “However, we cannot afford to take our foot off the gas, but must remain just as focussed in the second half of the season if we want to win the World Championship.

We still have six races to overcome – a challenge we are looking forward to facing. Our focus for now is on the Rally Finland, the next event at the start of August. That is followed by the Rally Germany – another highlight, the home race for Volkswagen, and our first real asphalt rally. We are already looking forward to the second part of the WRC season and to the sporting challenges that it throws up.”

The next iconic rally on the calendar is the Rally Finland, from 01 to 03 August. Extremely high speeds and spectacular jumps on Finland’s gravel roads make the eighth round of the season another highlight for teams and rally fans alike. The drivers must complete 23 special stages with 332.14 kilometres against the clock.

Only three weeks later comes the Rally Germany (22–25 August), which this year starts in Cologne for the first time, before the 16 stages and 371.92 kilometres of special stage take place in the Mosel region around Trier.

Classic stages like “Arena Panzerplatte” and the “Dhrontal” power stage have been hugely popular with the fans in Germany for years. The fact that the surface alternates between asphalt and concrete also makes the Rally Germany a first-class challenge for the drivers and teams.

After Volkswagen Motorsport’s home event, the WRC circus heads overseas to the Rally Australia (12–15 September), before returning to Europe for the Rally France (3–6 October) and the Rally Spain (24–27 October) and the season finale at the Rally Great Britain (13–17 November).