In this free episode from Motorsport.tv’s rich Duke Classic Video archive, relive the World Rally Championships of the 1980s, that were epitomized by the brutal Group B machinery – including the Lancia Delta S4 that even one of era’s most fearless driver says scared him.

Normally part of its premium content, Motorsport.tv has made select Duke episodes free during COVID-19 lockdown. If you like what you see, be sure to join Motorsport.tv to access over 750 episodes of Duke Archives, featuring thousands of hours of exclusive digitized footage.

Markku Alen has fond memories of rallying’s most revered era, despite being stripped of its final title, and shared them with Autosport's David Evans in 2016…

The sun comes out. The Aviators go on. The jumper stays around the shoulders, partially covering a perfectly pressed white shirt. Nothing’s changed. When the talking starts, the years fall away with the clipped, urgent tone. Markku Alen’s got time. Not once does he look at his watch or over my shoulder. But his character is that of a man in a hurry.

Not for nothing is he still known as ‘Mr Maximum Attack’. 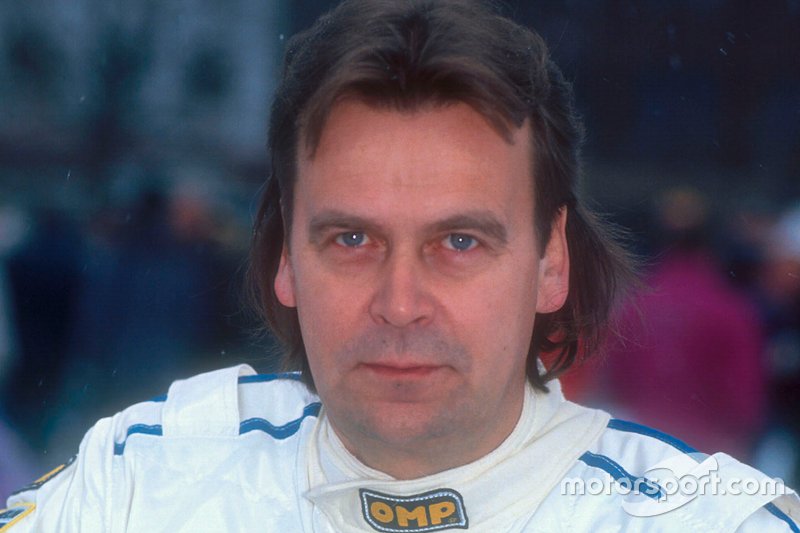 We met in Jyvaskyla during Rally Finland 2016, but talking to Alen in such an arena is almost impossible. A bit like trying to engage the Pope while he’s giving mass. Rallying retains its religious-like following in Finland; the congregation still hangs on its leader’s every word.

I steer him inside, where there’s half a chance of getting through the interview without the slightly unnerving stare of an adoring population.

“Did you see Henri’s car in Harju last night?” he asks. Henri Toivonen’s 1985 RAC Rally-winning Lancia Delta S4 stole the show at the opening stage of Finland’s round of the world championship. Of course I’d seen it. The presence of such an iconic machine provided the perfect route into the interview.

“Beautiful car, hey?” he says. “Beautiful car and the colours, so fantastic. I like these nice sponsors. Martini was always the best one for me.”

Three decades down the line, the S4 still stands the test of time. It looks utterly modern and deeply capable. But it was brutal. Group B was brutal.

“Sometimes I was scared in the S4,” says Alen. “I remember here in Ouninpohja, 1986, we were going sideways and then spinning at very high speed. Big moment – hey, I am telling you, a big moment. I was scared this time. What is happening? I got out of the stage and the rear wing was missing – no downforce. Very scary.

“The S4 was not an easy car to drive. You had volumex [supercharger] low down to maybe 4000rpm. But then there was a hole before the turbo hit, then more power.”

Just months after seeing his team-mates Toivonen and Sergio Cresto perish in a fire at the Tour de Corse, those fears were entirely understandable.

“When I was sitting on the startline of the stage in Corsica, the smoke was coming,” he says. “What is that? I don’t understand, some forest fire, something? We go. I came down to this left corner and the car was off. The boys were finished. It was a very bad moment, very bad. You know Henri was a good guy, tough guy. Professional driver, he only wanted the win – second is nothing.”

That time was all the more difficult for Alen, who lost his favourite team-mate 12 months earlier when Attilio Bettega hit a tree side-on in his Lancia 037.

“I taught Bettega a lot,” he says. “He was the good one, really becoming a good driver: very calm but in a big hurry. He had Miki Biasion coming behind, there were more Italian drivers coming all the time. But Bettega was starting to make himself into an official driver more and more. Then bad luck – he takes a rollcage straight to the helmet.”

Alen’s matter-of-fact approach to the madness of Group B is a reflection of the muck-and-bullets nature of the era. You got on with it.

“You didn’t think about things back then,” he says. “Sitting on the fuel tank in S4, OK. We didn’t know anything about how strong the rollcage was.

“And spectators, some were so stupid. You were driving into a wall of people, then it would open. We could not change the way we drove. If you start to slalom then you pay one minute – you have to just hope you come through. You don’t lift off, just drive.”

“On straights, the car was crazy,” recalls Alen. “So fast. I remember when we tested the Group A Delta at the end of 1986. ‘Hey, what is this? The car is nothing.’”

Alen’s reluctance to look back on that winter with fondness is understandable. He won and lost everything. He and Juha Kankkunen went to the final event of the 1986 season, the Olympus Rally in America, for a winner-takes-all showdown.

Alen’s title tilt had been helped in no small part by Peugeot’s exclusion from the Sanremo Rally for the use of illegal side skirts, not to mention his team-ordered elevation to the top step of the podium in the Ligurian Alps.

“I lost five minutes with a puncture early in the event,” Alen says, “but Lancia team principal Cesare Fiorio told the boys what was happening. But it was such a stupid way to do it: Miki Biasion and Dario Cerrato were waiting for me in front of all the spectators and I was coming like a bus driver. Why do it there? Why not in the middle of the stage away from TV and spectators? This is like, ‘Alen, he is so bad’.”

Life at Lancia wasn’t easy, not even for northern Italy’s adopted son, Alen.

“Fiorio was a tough guy,” remembers Alen. “For me, you look in first three or four stages if you can win. If the feeling is there, then it’s maximum attack. But if the confidence is not there then OK, look at second or third, maybe. Take the points.

“In Lancia there were no tactics like this with Fiorio. All the time he is coming on the radio: ‘Hey, you no win that stage! Why?’ He was pushing like hell all of the time.”

Alen had driven for Fiat and Lancia since 1974, but all that very nearly came to an end in the autumn of 1985. Having sat and watched Audi and Peugeot lead rallying’s revolution, Alen’s frustration at the delays to the Delta S4 got the better of him.

“For one month I was a Peugeot driver,” he says. “I remember it was September 1985 and I was calling Fiorio. Nothing. He didn’t answer the telephone, all the time he’s away testing a powerboat. He had no time for me.

“I said, ‘OK, I take Alen time now’, and I called Peugeot team boss Jean Todt. He answered the phone to me. We were in Sienna, testing for Sanremo. I went to dinner with Jean and I gave him paper [contract] and I signed. ‘Jean,’ I said, ‘I work for you now’.

“These were days before the mobile phone, and I was on my own. I didn’t call my wife or [co-driver] Ilkka Kivimaki, I just signed. One or two days before I was moving, the big boss came from Italy to tell me I was staying.”

Twelve months on and, controversial or not, there was a shot at the title. Alen had won the 1978 FIA Cup for Drivers, the forerunner to the official World Rally Championship drivers’ crown that arrived the following season, but not the WRC itself. December 1986 was his moment.

“There was a lot of talk about what was happening with the FIA,” says Alen. “So before the start of the Olympus Rally we talked and the FIA, Peugeot and Lancia all agreed – who wins there will be world champion.

“So Juha and me, we were pushing like hell. That was the biggest risk ever for us.

“But the S4 in the USA was the best car I ever drove. I was feeling 650 or 700 horsepower on that event. We were making a fantastic rally, but so risky. We were winning and the feeling was coming that we were world champion.”

Just over a week later, Group B was done, Alen and Kivimaki were in Lapland testing Lancia’s Group A Delta. The day before, the governing body had met to discuss Peugeot’s Italian exclusion. If the results were annulled, Alen would lose his Sanremo points and his title would be handed to Kankkunen.

For four years, Group B had been pure drama. Its final act was cruel on a man who did more than most to help tell the story of what would become rallying’s most impassioned and fervent era.

“Hey,” he says. “I know the feeling to be world champion. I had this feeling for 10 days and it didn’t change my life. We had a good party and then I lost everything. Life is beautiful, I have lots of great memories and fantastic friends.

Normally part of its premium content, Motorsport.tv has made select Duke episodes free during COVID-19 lockdown. If you like what you see, be sure to join Motorsport.tv to access over 750 episodes of Duke Archives, featuring thousands of hours of exclusive digitized footage.