World Rally Championship leader Elfyn Evans says a top-five performance on last weekend’s Rally Italia Sardinia was what he expected to come away with due to his tricky road-opening duties on the gravel event. 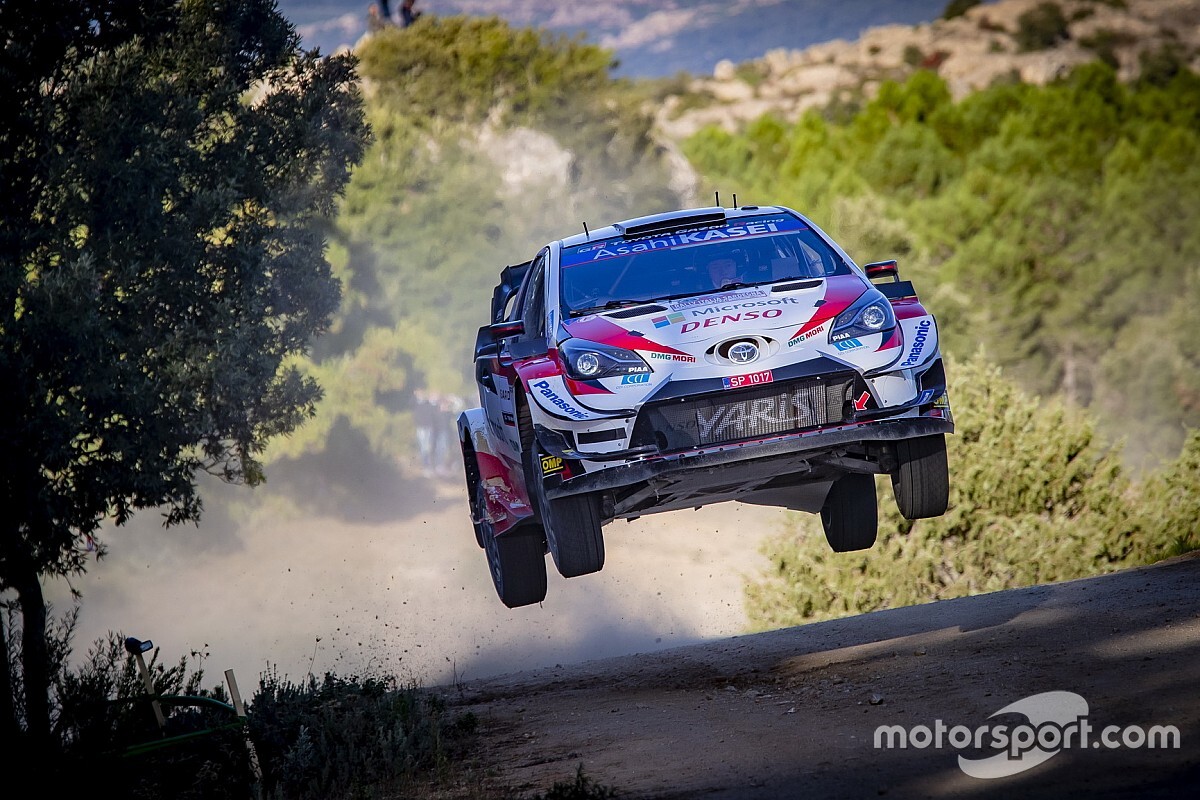 Evans finished fourth on the antepenultimate round of the championship to retain top spot in the drivers’ standings, although his lead over Toyota teammate Sebastien Ogier was trimmed to 14 points.

Two bonus points from the power stage ensured the gap between the two Yaris men was not closer and meant Evans ended what was a frustrating weekend on the Mediterranean island on a high note.

“I didn’t get as many points on the power stage as I would have liked, but all in all at least we secured the result and came away with solid points at the end of the weekend,” he said.

“Of course, you always want more than fourth place, but we knew coming here and starting first on the road was going to be tough, and we were almost out of the fight for the podium by the end of the first day. We continued to push but the times were close. In the end I think fourth was realistically the most we could achieve.

“We have come away from the weekend as best as we could really. We were put out of the fight on Friday with our road position and it didn’t make sense to take big risks to try and be faster and probably end up in the same position at the finish anyway.

"So, yes, it wasn’t our strongest performance but it was a solid weekend considering the circumstances – and the Yaris WRC felt great again.”

Evans said he would head to the next round in Belgium in a more confident frame of mind because – unlike Sardinia where road-sweeping duties cost time – that won’t apply on the first day at Rally Ypres.

He stands to gain an advantage because the practice of ditch- and corner-cutting, coupled with the predicted bad weather, will make the racing line slippery for those following behind the Welshman.