Sebastien Ogier remains on course for an eighth World Rally Championship title but holds only a slender 0.5s margin over rival Elfyn Evans ahead of Rally Monza’s final day.

The Toyota title rivals have been involved in a thrilling victory battle with the lead changing hands on five occasions across six stages that comprised the longest day of the season finale in Italy.

Evans initially held a 1.4s lead heading into Saturday’s action but promptly lost the advantage in the morning’s first stage on the Bergamo mountain roads to Ogier.

The Welshman responded only to lose the lead again as Ogier took a 5.2s advantage into the afternoon and evening stages at the Monza grand prix circuit.

Incredibly Ogier then saw his lead evaporate again as Evans won the first blast through 14.39km Sottozero stage to open up a 0.3s margin.

But there was one last twist in the battle as Ogier fought back to edge Evans by 0.8s on the stage 13, the last of the day, to reinstate a rally lead, albeit only 0.5s prior to Sunday’s final three tests. 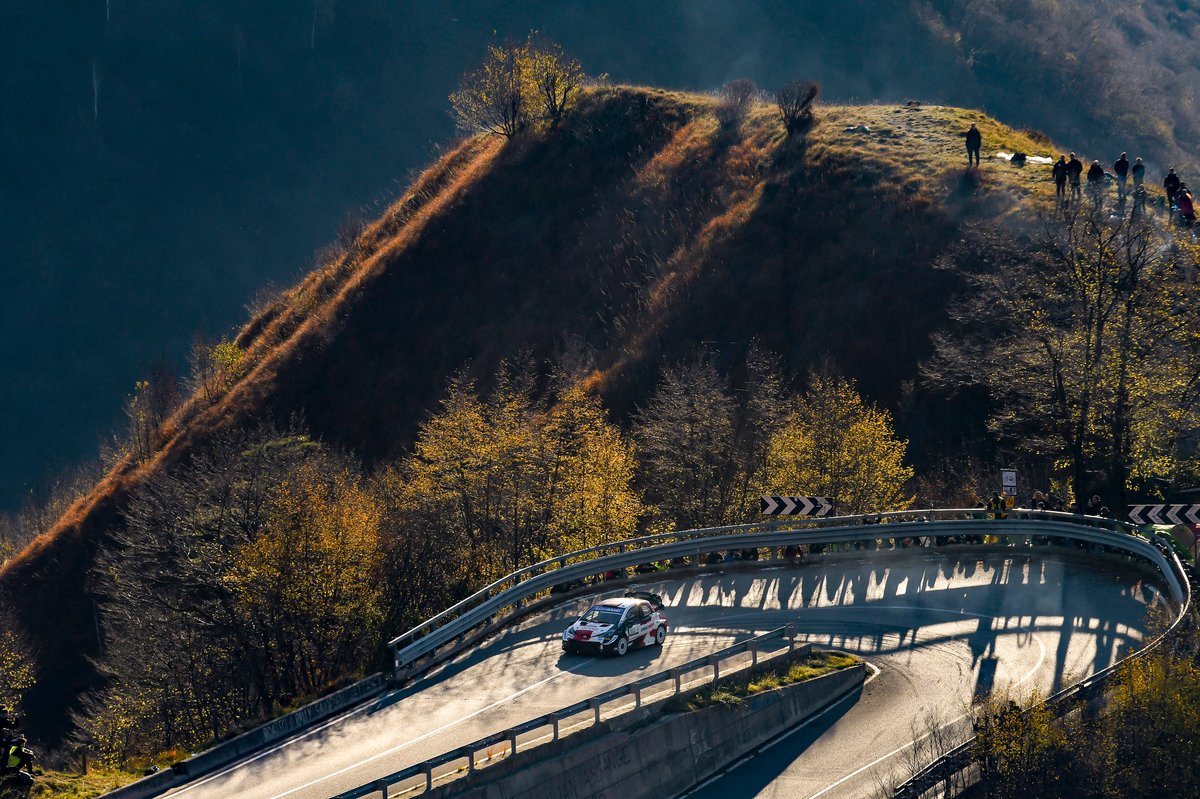 The Frenchman, competing in his last event as a full-time WRC driver, realistically only needs to navigate Sunday’s final three stages to lift an eighth title.

"[Winning the rally] is not the plan,” said Ogier after the day’s final stage. “I struggled in the first pass and in this one I had a bit different tyre choice and I don't know if that helped me make a difference."

Evans hopes of securing a maiden WRC title and a fairest for a British driver since 2001 remains lim but is poised to punch should his rival slip up.

Hyundai’s Dani Sordo, who won the day's final stage, will head into Sunday in third, 27.4s shy of Ogier, and comfortably 19.2s ahead of teammate Thierry Neuville. The Belgian started the day in the final podium spot but crashed on stage 9 handing the position to Sordo. 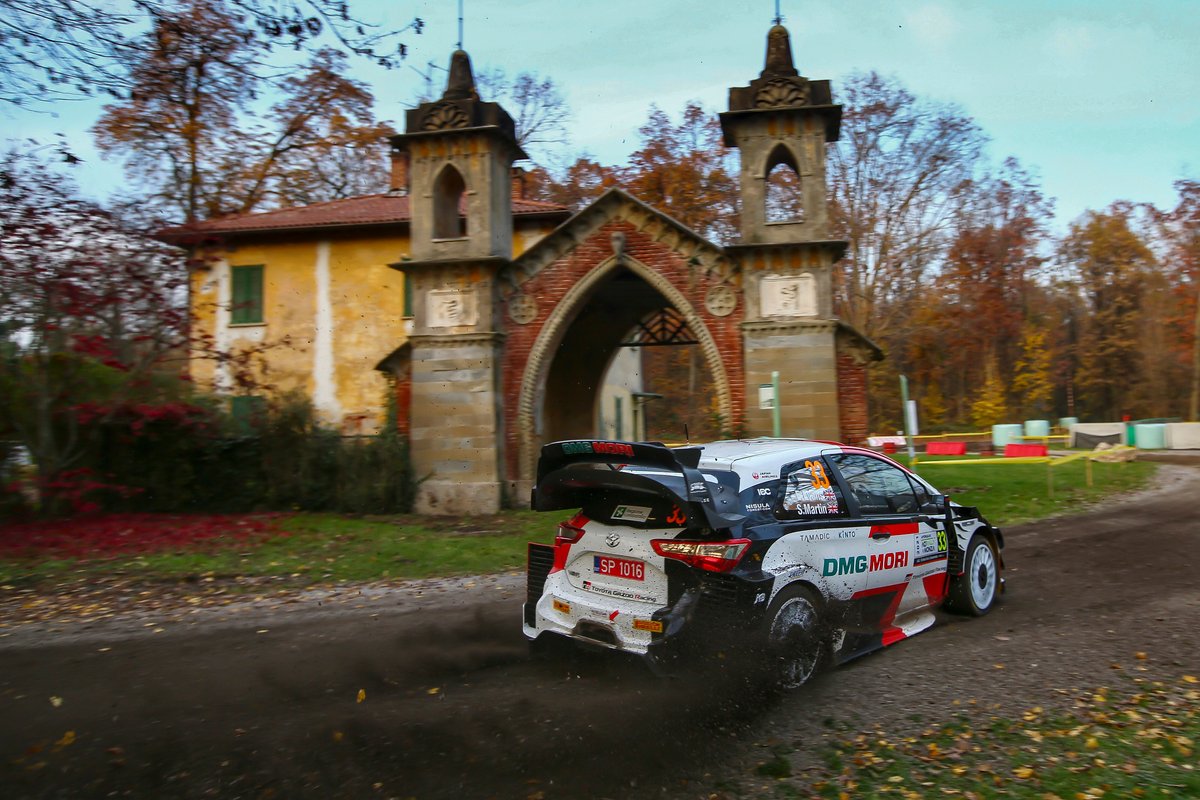 Oliver Solberg, driving a 2C Competition Hyundai, continued his strong pace to remain in fifth which, if he coverts on Sunday, will be his best result in a WRC car, in only his fourth top flight outing.

The final Toyota of Kalle Rovanpera is ninth and last of the WRC runners to complete the full distance having been ordered to run conservatively by his team.

Rally Monza will conclude on Sunday after three more stages based in the confines of the Monza grand prix circuit.