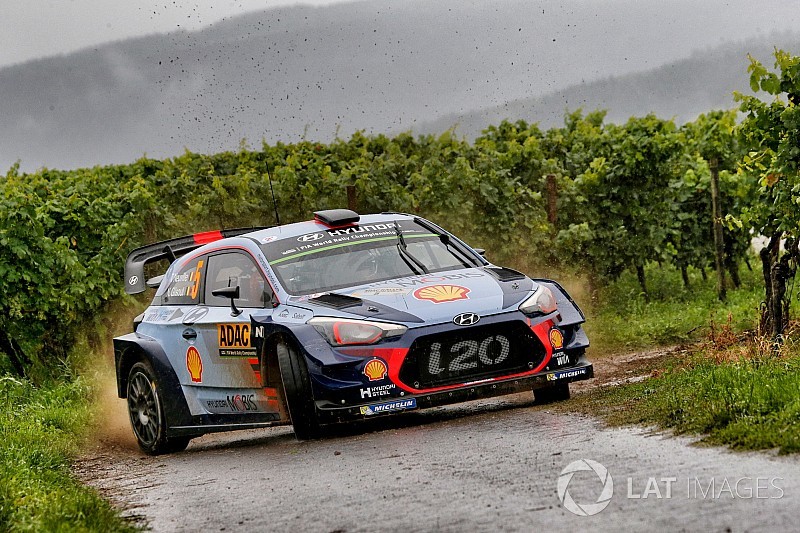 There was no cosmetic damage to the Hyundai i20, but the rear left wheel was sticking out from the car, with the hub sheared away from the suspension upright - making it impossible for Neuville to carry on.

Neuville's co-driver Nicolas Gilsoul believes the issue could have been a suspension problem.

"It was just a slow junction, a left turn with a cut and we don't understand what happened," said Gilsoul.

"We felt a small touch on the rear axle. We probably touched something but we don't understand right now. It looks like something broke on the suspension.

"We need to analyse first and then we will know more. It looks like a catastrophe right now but I'm a positive man and a lot will still happen here in Germany."

Neuville could still have the opportunity to rejoin under Rally2 on Sunday and score Power Stage bonus points.