The reigning world champion made light work of the 4.48km two-by-two Kasarani gravel test held in front of a vocal crowd at Kenya’s capital city Nairobi. The stage marked the first WRC action in Africa since the 2002 Safari Rally.

Soft compound shod Ogier managed to comfortably beat Hyundai’s Ott Tanak on the hard tyres in their race around the stage, posting a 3m21.8s time to top the times.

The effort was good enough to edge Toyota team-mate Rovanpera by 0.3s, while the Toyota of Elfyn Evans, also on softs, was third fastest, a tenth further back.

"Tomorrow is going to be the biggest start but It's amazing to see such a crowd. So far so good, but tomorrow the real stuff is coming,” said Ogier, who also topped Wednesday’s shakedown. 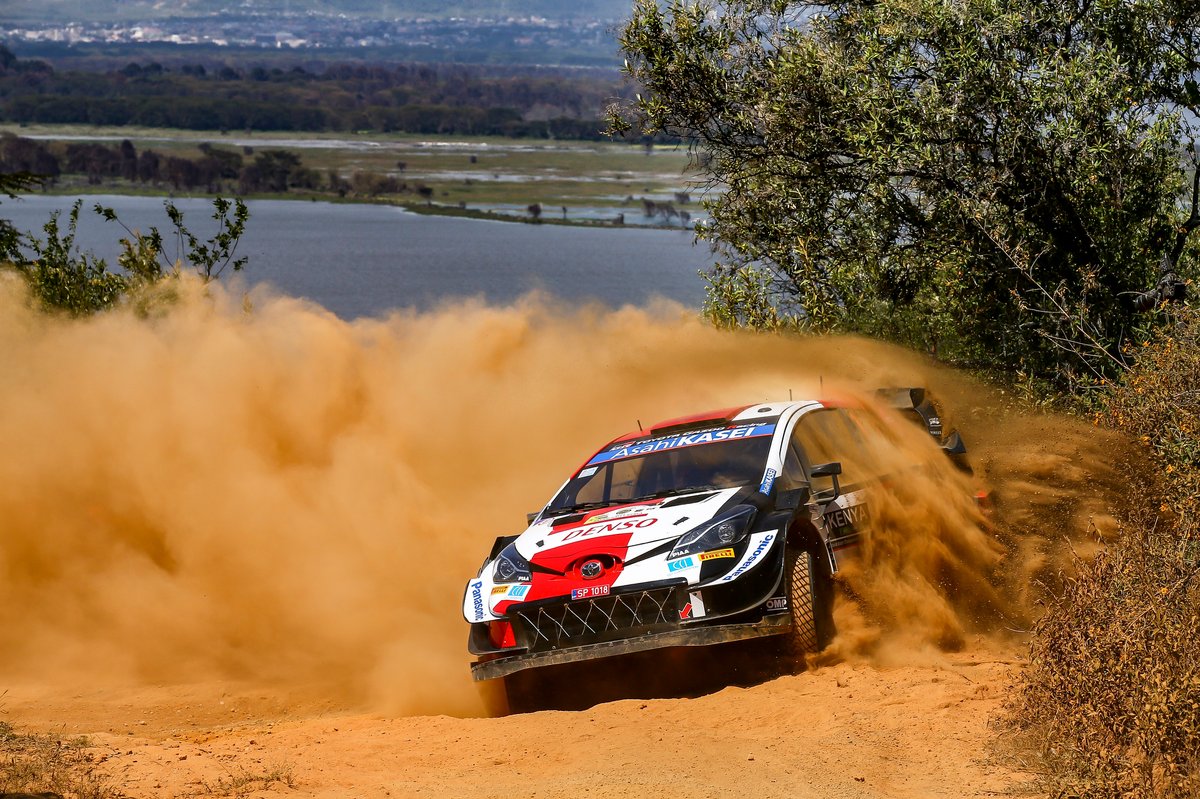 Tanak was fourth quickest, 2.5s adrift of Ogier through the stage as Hyundai elected to fit hard tyres to all of its entries.

"For sure, this one was quite slippy, but I am happy that we didn't use the soft tyre,” said Tanak.

Thierry Neuville was another 2.5s in arrears after he clipped a bank during his pass through the stage that saw him go head-to-head with Evans.

Oliver Solberg, making his WRC gravel debut for Hyundai, was eighth after beating M-Sport’s Adrien Fourmaux in their battle around Kasarani.

The big surprise was Hyundai’s Dani Sordo who was 11th and last of the WRC class after dropping 10.5s to Ogier in the test.

Martin Prokop was the top WRC2 runner in 12th overall ahead of local hero Karan Patel who emerged fastest in WRC3.

Former three-time European rally champion Sobieslaw Zasada, aged 91, made history as he successfully completed the stage to become the oldest ever WRC competitor.

The rally proper starts tomorrow with seven special stages, the longest a 32km run through the tricky Kedong test. The first special stage of the event is due to begin on Friday at 05:09 GMT.