Rovanpera notched up a fifth stage win of the event to increase an 40.3s overnight lead into a 56.6s advantage over teammate Evans.

Hyundai’s Thierry Neuville ended the loop in fifth after rejoining the rally following his crash on Saturday afternoon.

M-Sport’s Craig Breen was the top Ford runner in sixth ahead of privateer Jourdan Serderidis and Hyundai’s Oliver Solberg. Sebastien Loeb rounded out the top 10 behind WRC2 leader Kajetan Kajetanowicz.

After the slippery conditions caused by torrential rain on Saturday evening, dry conditions greeted the crews for Sunday morning’s loop of tests.

The tricky soft fesh-fesh sand once again provided a challenge on the day’s first test and it ultimately contributed to organisers cancelling Stage 14.

Solberg stopped 2.1km into the stage after ploughing into a section of deep fesh-fesh sand which stopped the car in the middle of the road.

Officials threw the red flags while Solberg and co-driver Elliott Edmondson exited the car and attempted to fit a new air filter.

The red flag was quickly upgraded to a cancellation. Seven cars had completed the stage, including Loeb who described the test as “a really bad stage” with “zero” visibility.

Notional times were awarded which meant Rovanpera maintained his lead over Evans, Katsuta and Ogier. 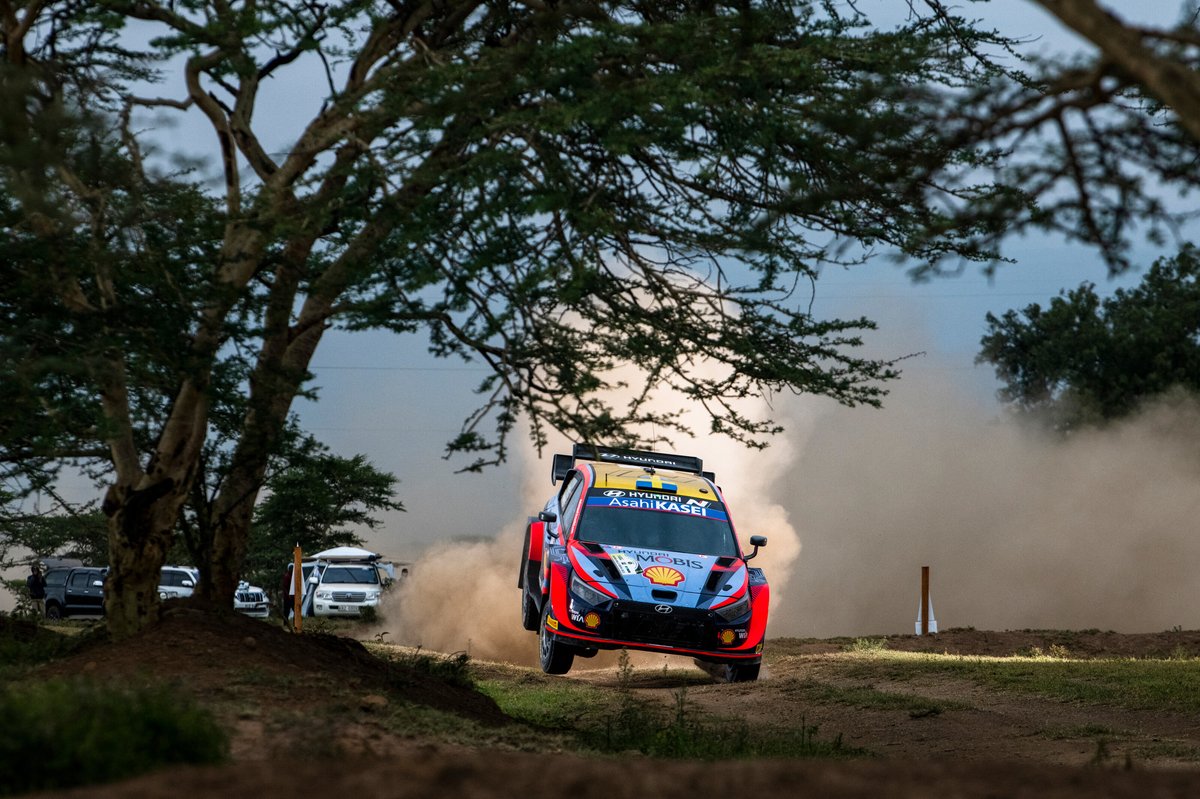 Given the severity of the sandy conditions, it was confirmed the stage would be shortened by 3.1km for the afternoon's second pass with the fesh-fesh sand section removed.

Action resumed on Stage 14 with Rovanpera continuing his strong pace from Saturday as the Finn set the benchmark time, completing the test 7.3s faster than Evans.

Evans dropped a further nine seconds to Rovanpera on the final stage of loop but admitted he was in preservation mode.

"I'm just taking it easy and looking after everything. It's quite rough in there, but all okay,” said Evans.

Likewise, Rovanpera and Katsuta appeared to back off to maintain their positions ahead of the final loop.

Hyundai completed a one-two on the timing screens as  Tanak edged Neuville by 6.3s ahead of Ogier and Loeb.

It proved to be a rough stage with crews concerned ahead of the second pass as the rally-ending power stage this afternoon.

"The road is already destroyed and it will be a very tough Power Stage on the second pass,” said Neuville.

The final three stages will begin following a quick trip back to Naivasha for a final service.

Third generation driver Max McRae is working hard towards stepping up to the Junior class of the World Rally Championship next season, following a test in a JWRC car.