Rovanpera once again proved the class of the field as the 21-year-old completed 19 brutal gravel stages (363.44km) to take his fourth win from six events this year.

Only six of 12 WRC Rally1 cars completed the full rally distance in what proved to be the toughest event of the season by far.

Rovanpera’s only blemish arrived on the Thursday’s opening Super Special stage in Nairobi when he almost rolled his GR Yaris, picking up a puncture in the process.

On Friday he fared admirably opening the roads as Kenya’s deep fesh-fesh sand wrecked havoc with WRC crews, ending the day with a 14.6s lead over Elfyn Evans.

Evans emerged as a genuine rally contender on Saturday as he closed to within 15s of leader Rovanpera, before the latter produced a masterclass when torrential rain transformed the dry gravel and sand into a mud bath.

While Evans was hampered by a windscreen washer issue that severely limited visibility, Rovanpera was able to end Saturday with a 40.3s lead. From there, Rovanpera had control of the rally and was able to back off to preserve his GR Yaris to move into a 65-point championship lead.

Evans, likewise, elected to back off on Sunday given the nature of the car-breaking stages to secure his second podium of the campaign.

Katsuta produced a solid drive throughout but it was far from a trouble-free run after briefly losing a provisional podium spot in the rain on Saturday afternoon. However, the Japanese driver was able recover the position when Hyundai’s Thierry Neuville flooded his engine before crashing into a tree.

The result was Katsuta’s first podium since finishing second at the event last year.

Ogier was left to settle for fourth after emerging as the early rally leader following’s Thursday’s opener and continued to lead until Stage 3 when his GR Yaris suffered a power loss from dust in the airbox.

However, the Frenchman was dealt a critical blow when he suffered a puncture on Friday’s last stage, costing him two minutes which he was unable to recover. 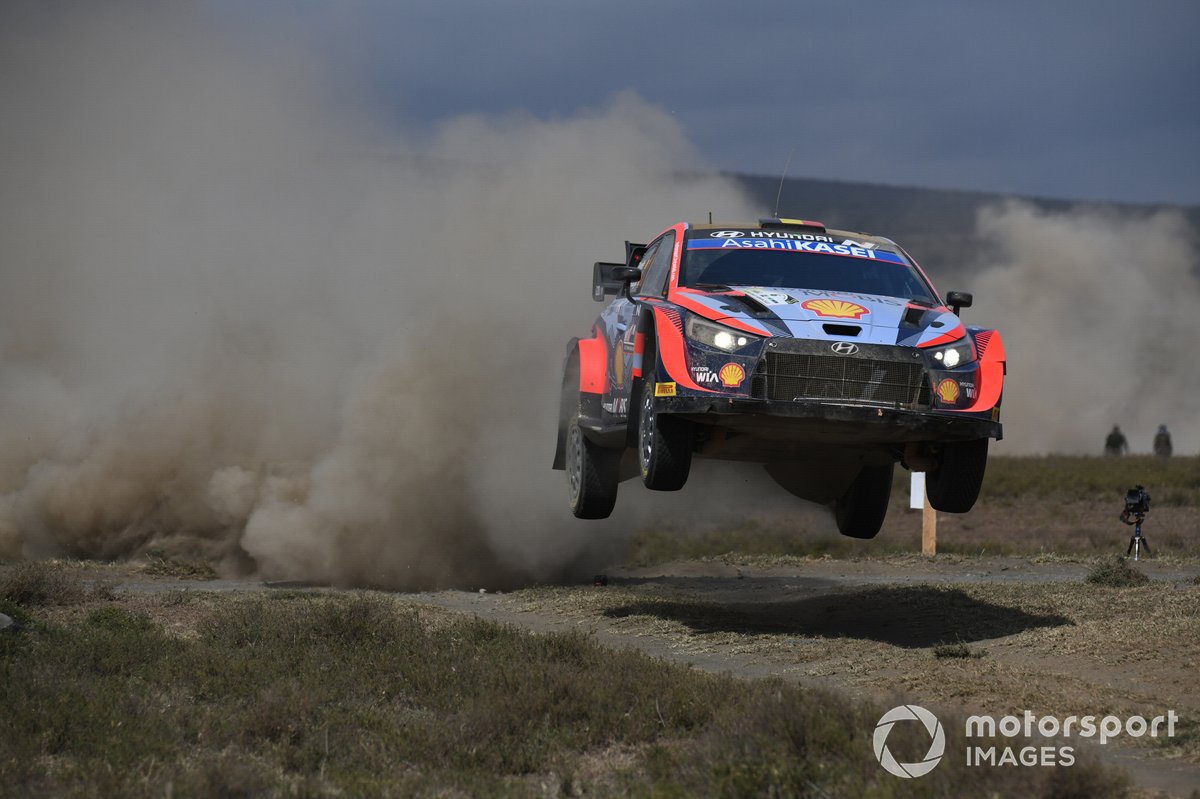 Despite retiring on Saturday, Neuville headed a nightmare event for Hyundai in fifth position, some 10m40.9s adrift of leader after suffering a series of mechanical issues. The Belgian did end the rally by taking the five bonus points for winning the power stages.

Craig Breen led a desperately difficult event for M-Sport which was forced to retire all four works entries at some point during the event due to combination of crashes and mechanical issues.

Breen managed to recover from broken steering arm that prompted his retirement on Friday to claim sixth ahead of M-Sport gentlemen driver Jourdan Serderidis.

Nine-time world champion Sebastien Loeb, starting the event for the first time in 20 years, ended up eighth after his victory hopes were ended by an engine fire on Friday.

The top 10 was rounded by WRC2 runner Kajetan Kajetanowicz, ahead of Hyundai’s Oliver Solberg, who managed to nurse a wounded Hyundai home. Teammate and Sardinia winner Ott Tanak ran as high as fourth before a transmission issue on Saturday and a power steering failure forced him out of the rally.

Rovanpera focused on having “proper weekend” in NZ, not WRC title

Ott Tanak has lost the early lead at Rally New Zealand in the World Rally Championship after being given a five-second penalty for overusing hybrid boost on the opening stage.

M-Sport boss Richard Millener was surprised to see Craig Breen crash out of the Rally New Zealand lead battle, and is keen to understand the reason behind it.

Reigning Supercars champion Shane van Gisbergen admitted he was “living my dream” after an impressive start to his World Rally Championship debut at Rally New Zealand.