Aragon WSBK: Bautista on pole, Rea down in 10th 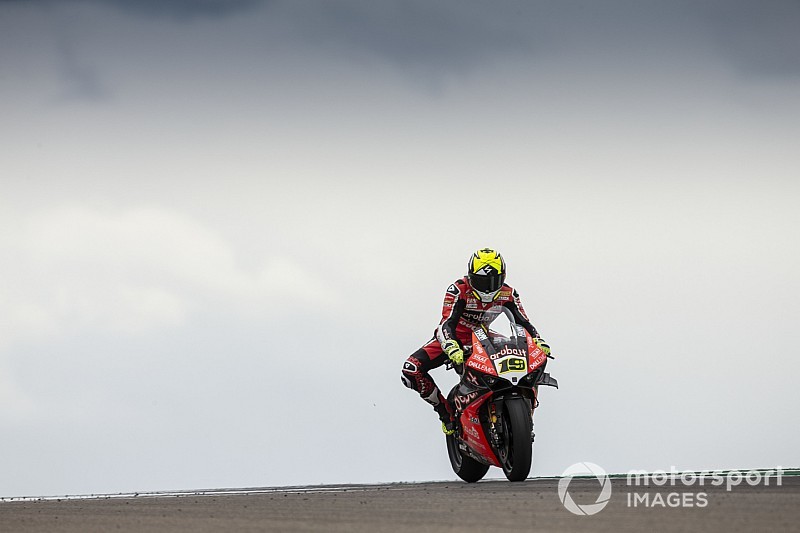 Ducati rider Alvaro Bautista came out on top in the World Superbike qualifying session at Aragon, as main championship rival Jonathan Rea could do no better than 10th.

Rea was 0.964s off Bautista's pace, having failed to improve on his final run, and his 10th place marks the worst qualifying result of his tenure with Kawasaki.

Having topped the Saturday morning practice after Bautista swept the Friday sessions, Rea took the initial lead with a 1m50.127s, only for Bautista to go a tenth faster right away.

And while the reigning champion shaved off half a tenth from his effort, Bautista immediately responded with a 1m49.798s.

But Bautista improved once more, holding on to a lead of 0.099s heading into the qualifying-tyre runs in the closing minutes of the session.

Laverty retook second place as he kicked off his final run, and found more laptime on his second attempt, but was left 0.021s adrift of Bautista.

Bautista soon reasserted his dominance, however, as he fired in a brutal 1m49.049s with a minute left on the clock to ensure he would top a second consecutive qualifying session.

Barni Ducati rider Michael Ruben Rinaldi followed Bautista on his fastest lap and took fifth on the grid, ahead of GoEleven rider Laverty.

Marco Melandri was eighth when he crashed at the Turn 2 right-hander in the dying minutes of the shoot-out, and was shuffled down to 13th by the time the chequered flag was waved.

Honda's Ryuichi Kiyonari fell at the same spot a minute later, and will star 17th.