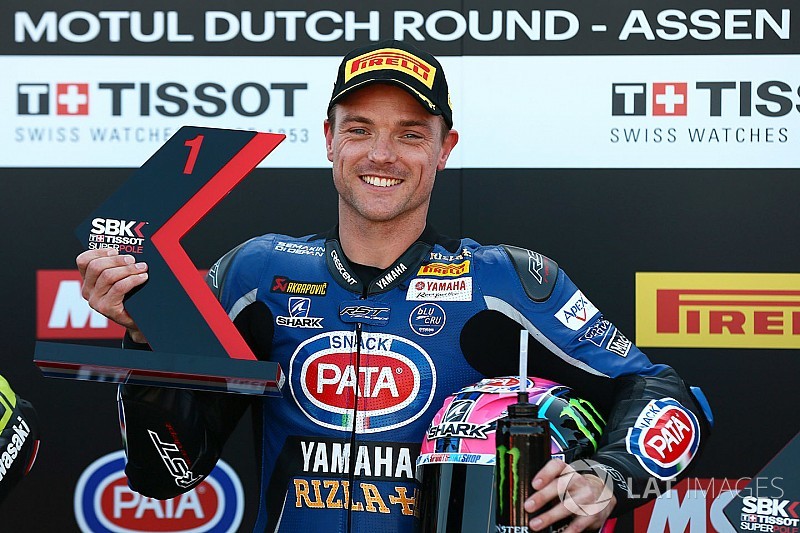 Rea was confidently leading as SP2 started, his 1m34.761s lap giving him a three-tenth lead over Barni Ducati's Xavi Fores during the mid-session pitstops.

However Lowes moved from third to first with a 1m34.066s during the final minute of qualifying, and Rea's subsequent improvement fell narrowly short.

Fores was the fastest Ducati rider in third, as the rest of the field was over six tenths off the pace.

Local hero Michael van der Mark had to settle for seventh, 0.807s slower than his pace-setting teammate despite topping the timesheets in Friday practice.

Razgatlioglu and Baz advanced to Q2 from the first part of qualifying, separated by less than a tenth.

Baz was the early pace-setter in the session and also the first rider to improve during the second runs, but was demoted by Razgatlioglu's 1m35.569s with two minutes on the clock.

The former MotoGP rider improved once more at the end of the session to end up just 0.084s behind the Turkish rookie.

Orelac Racing's Leandro Mercado was best of the rest and will start 13th, ahead of fellow Kawasaki rider Roman Ramos (GoEleven).

PJ Jacobsen was the sole Honda rider in qualifying, taking 15th, as Jake Gagne was sidelined by his massive highside crash on Friday.