Ducati World Superbike rider Alvaro Bautista says he feels like the luck he enjoyed at the start of the campaign has "disappeared" following his latest crash at Laguna Seca.

Bautista suffered his fourth crash in as many rounds during Saturday's opening race at the Californian venue, where he had been running third behind teammate Chaz Davies until he lost the front end of his Panigale V4 R at Turn 5.

It means the Spaniard - who began his WSBK career with an incredible run of 11 straight victories - now trails championship leader Jonathan Rea by 49 points.

"I was in the leading group, I wasn’t pushing a lot to stay there," reflected Bautista speaking to WorldSBK.com. "I was behind Chaz and then suddenly I lost the front tyre.

"For sure has been a big disappointment because this weekend we can make very well, both Ducati riders, me and Chaz, but yeah… I don’t know what happened.

"All the good luck we had during the beginning of the season has disappeared. We are fast but sometimes you need good luck.

"In any case we keep working, we keep strong and positive for the future. We know we have good speed, we can fight for victories in almost all the races."

He added: "Anything can happen. At the beginning [of the season] I had a really big gap, now we are back by a big gap. Everything can change.

"We have to focus on ourselves, improve the bike, improve myself, try not to crash again."

Bautista said he felt in better shape with the Ducati at Laguna than he did last weekend at Donington, where he admitted he had a "shit feeling" after his Race 1 crash.

"I felt much better than yesterday [in practice] or at Donington, the feeling was quite good with the bike," he said. "I was working really well and I felt that our pace was to fight for the victory.

"Unfortunately this kind of thing can happen in the races. Right now for sure we have negative and positive points, and right now we are more ion the positive than the negative.

"We have to keep working like we are doing, try to have more good luck for the future." 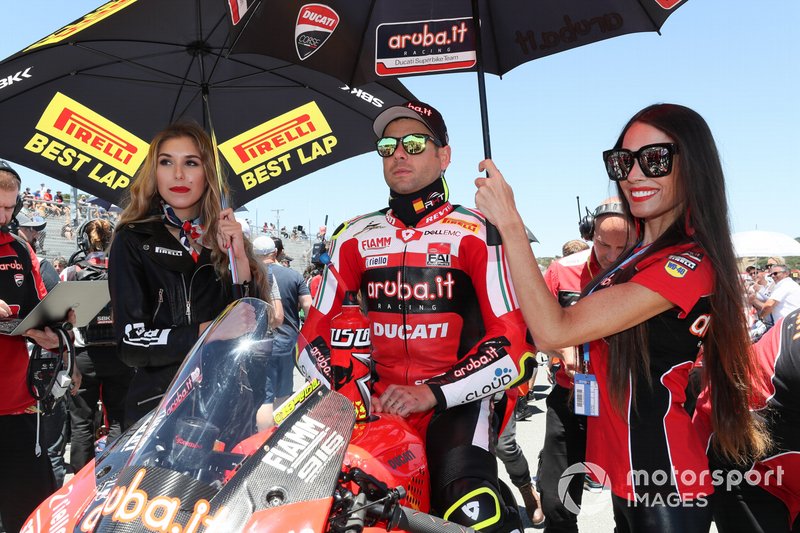