Is Bautista really the favourite for Phillip Island?

Alvaro Bautista swept the board in this week's official World Superbike test at Phillip Island - but is the Ducati newcomer's pace really as strong as it seems on the surface? Jamie Klein crunches the numbers.

On board the brand-new Ducati Panigale V4 R, Bautista was quickest in all four sessions over the course of the two days in Australia ahead of this weekend's 2019 curtain-raiser, ending up with a little over two tenths of a second in hand over the opposition on Tuesday afternoon.

Does that make the MotoGP convert automatic favourite to win on his WSBK debut? Not necessarily. But if his rivals were hoping to find some comfort analysing the long-run pace from testing, they will have been left disappointed.

In fact, Bautista's superiority over the field was even more pronounced in the long runs than it was over a single lap.

Looking at the afternoon session on Tuesday, which was when the majority of the frontrunners knuckled down to double-digit runs (nobody managed more than nine consecutive laps in the morning), 17 of Bautista's 33 laps were beneath the 1m31s barrier, the Spaniard lapping comfortably in the mid-to-high 1m30s range. 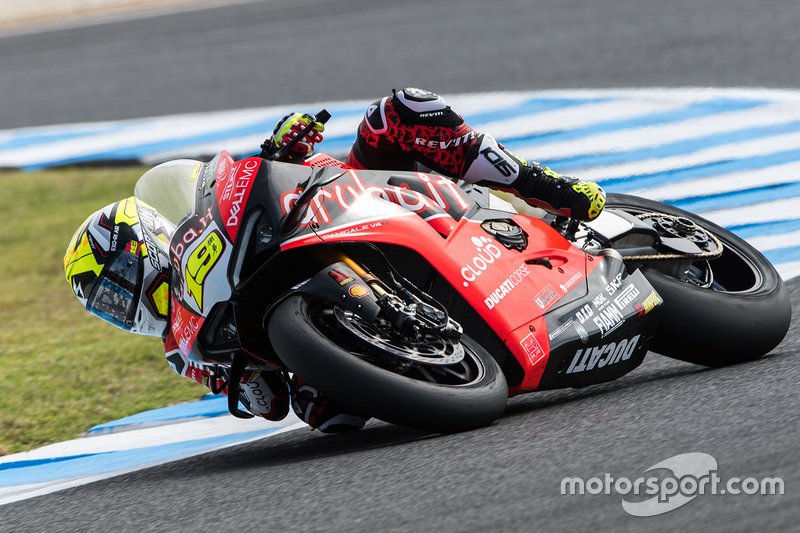 To put that in perspective, only four other riders even breached the 1m31s mark at all: Jonathan Rea managed only five sub-1m31s tours, Leon Haslam and Tom Sykes logged just two apiece and Toprak Razgatlioglu only one.

It was a similar story in the morning session, albeit that one was disrupted by three red flags. Bautista went into the 1m30s bracket eight times versus six times for Rea, twice for Sykes and once for Haslam and once for Michael van der Mark.

Taking an average of every rider's 10 fastest laps on Tuesday morning, Bautista enjoyed a 0.326s advantage over Rea, and in the afternoon, that gap stretched out to 0.513s. Combining the two sessions to give a 15-lap average for every rider also gives Bautista a comfortable margin over the field:

Although it certainly looks like Bautista and Ducati are in a good position heading into the weekend, there does appear to be one chink in the Italian marque's armour.

Bautista was one of only three riders put together a run even approaching a race distance of 22 laps on Tuesday; he and Yamaha man Marco Melandri both managed 17-lap runs, while Razgatlioglu (15) was the only other man to do more than a dozen tours in successions. Rea and Haslam only managed eight and 10 laps in a row respectively.

But it's clear to see that Bautista's pace dropped off considerably after a dozen or so laps on his longest run, the Spaniard slipping into the high-1m32s towards the end. Clearly, finding a way to extend the life of the rear tyre will be a priority for the ex-125cc champion come Friday practice.

Besides Bautista and Rea, the other rider who's looking like a serious contender for victory down under is WSBK returnee Haslam.

Although Kawasaki is Haslam's sixth different manufacturer in WSBK, it should come as little surprise that the reigning British Superbike champion has settled into life at KRT so easily, given his knowledge of the ZX-10RR (albeit in a different specification) and smattering of wildcard outings in recent years.

Indeed, his pace on Tuesday, at least over the 10-lap run he managed, was only slightly slower than that of Rea and comfortably ahead of everyone barring the four-time champion and Bautista. 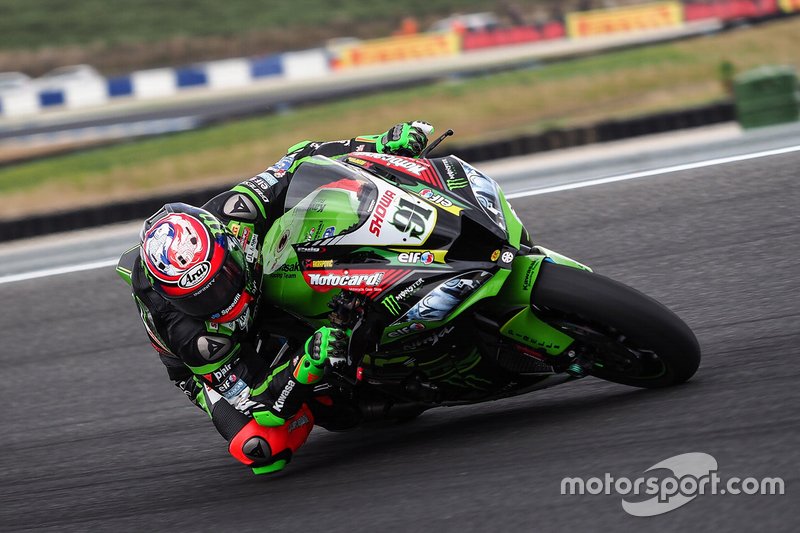 The man Haslam replaces at Kawasaki, Sykes, looks as if he'll be a contender for a spot on the front row based on the one-lap pace he demonstrated aboard the all-new BMW S1000RR. But the 2013 champion has yet to demonstrate he can circulate consistently, his longest run of Tuesday having been only six laps.

In fact, Sykes barely set 15 representative laps all day, meaning he is likely to be scrapping with the Yamahas and Razgatlioglu's Puccetti Kawasaki rather than fighting for podiums.

Although Melandri led the Yamaha charge on the timesheets on Tuesday, it was van der Mark who set the more promising average, his best 10 laps putting him fourth behind Bautista, Rea and Haslam in the morning session.

However, van der Mark's longest run of the day was only seven laps, making direct comparisons with his fellow Yamaha runners tricky. Likewise, Alex Lowes' day was disrupted by two crashes, meaning we can reasonably expect the Briton to be a little higher up the order than his 15-lap average suggests.

Also worthy of a mention is GRT Yamaha rookie Sandro Cortese. While the reigning World Supersport champion's quickest laptime of the day was a few tenths shy of teammate Melandri's, his 15-lap average was much closer, so the German could be mixing it well inside the top 10 this weekend. 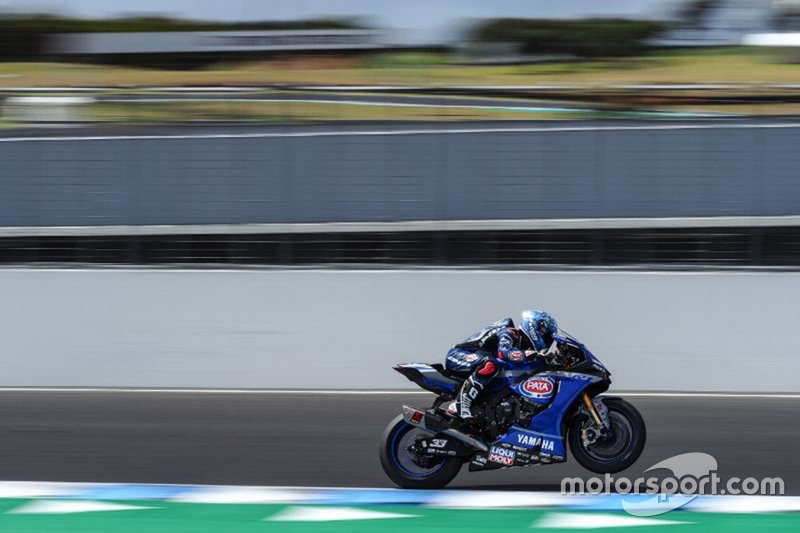 Further down the order, Leon Camier's headline laptime on the factory Honda Fireblade was nothing to write home about, but his average pace was a little more competitive, putting him within a second of everybody except Bautista.

Given the bike is essentially derived from the All-Japan Superbike-specification Honda, which uses Bridgestone tyres, there's plenty of work ahead for the Moriwaki-Althea squad to get up to speed on the Pirellis. But the early signs are promising enough, with HRC seemingly no longer prepared to tolerate the mediocre showings of the last two years.

While Camier can realistically aim for top-10 finishes, teammate Ryuichi Kiyonari will be battling towards the tail of the order on his first WSBK race weekend in a decade on the evidence of his testing pace.

Also seemingly in for a tough weekend is Chaz Davies, Bautista's teammate at Ducati. The 2017 and 2018 runner-up has been hindered by back pain this winter, and it's unclear how much this is still holding him back. At the team's launch in early February, he claimed to be at "80 percent", but confident he would be in better shape for Phillip Island.

Davies also faces the disadvantage of having to 'unlearn' the Panigale V2 he's been used to for the last five seasons, while Bautista has been able to jump straight on the V4 R directly from the Desmosedici MotoGP bike. The days of Davies having things all his own way at Ducati look to be long gone. 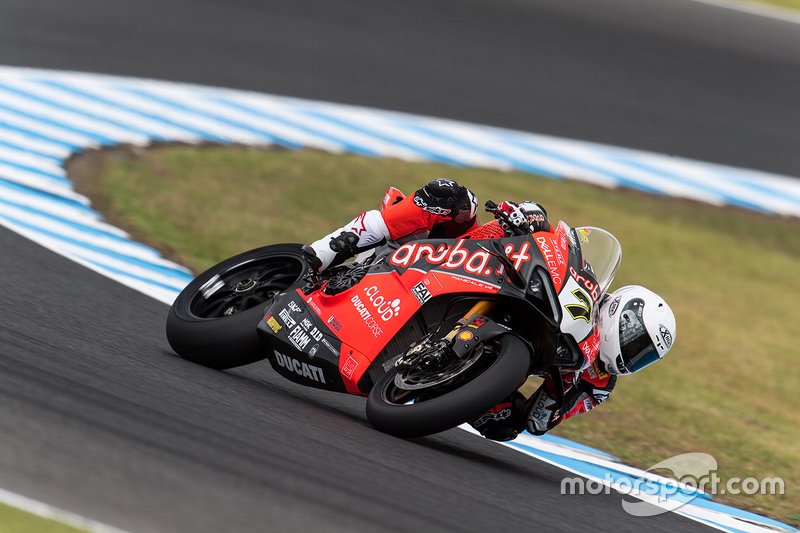 Returning to Bautista, it's important to note that Phillip Island is something of an outlier on the WSBK calendar, with its relatively cool temperatures and fast, flowing curves.

In that regard, next month's races at Buriram, which is a much more typical track layout, will probably provide a more realistic picture of his chances of taking the fight to Rea and the rest over the course of the year.

What's more, as Bautista himself has said, Phillip Island is a track he knows and loves; memories of his star cameo on the factory Ducati MotoGP bike last October are still fairly fresh. Less familiar circuits like Imola, Donington Park and Laguna Seca, are going to pose more of a challenge later in the year.

That means it's imperative Bautista gets his fledgling WSBK career off to a strong a start as possible this weekend. Victory has to be the aim, especially in the shorter 'Superpole Race' on Sunday, and the testing timesheets suggest he's unlikely to get many better chances in 2019.