Alvaro Bautista says Toprak Razgatlioglu’s “mind was off” when he crashed and took the Ducati World Superbike rider out of race two in France.

Razgatlioglu grabbed a historic maiden WSBK victory in Saturday’s feature race, and backed that up with a win in the Superpole race – both from 16th on the grid.

He started from pole for the weekend’s final race, but dropped to fourth when he made a mistake at the Adelaide hairpin on the opening lap.

Trying to regain lost ground, he crashed just as he overtook Bautista at Turn 13 on the following tour, taking both out of the race and ultimately handing Kawasaki’s Jonathan Rea his fifth straight world title with two rounds to spare.

“For sure he didn’t want to crash, but for me his mind was off, because he made a mistake on the first lap,” Bautista said of his clash with Razgatlioglu.

“For me he was too nervous after winning two races in a row this weekend. I think he wanted to win again and he tried to win on the second lap.

“We were in a group, he tried to overtake me a bit on the limit and he tried to open the gas too early, like [he was on] a normal line and he lost the rear.

“Unfortunately, I was too close to him and I hit him and I can’t save the crash.”

Bautista reiterated that he didn’t believe the Puccetti rider’s intention was to take him out, but criticised him for “not thinking about the situation of the race” at that point.

The erstwhile championship leader’s slim hopes of still winning the WSBK title in his maiden season ended on Sunday, as Jonathan Rea wrapped up his fifth-successive championship.

Bautista offered his congratulations to Rea, and says he has still had “a good feeling” in WSBK despite a swing of 190 points robbing him of his comfortable early-season lead.

“I’m a bit disappointed because I could have fought for the win, the feeling with the bike was really good, especially because [I did] no ride in dry conditions [on my first visit to Magny-Cours], just did it in race one.

“We did a good step forward with my pace in the morning [warm-up], and in race two I was there and my feeling with the bike was really good. I thought I could fight for the victory, but unfortunately this is racing.”

Prior to the Magny-Cours round it was confirmed that Bautista will be jumping ship from Ducati to Honda for the 2020 WSBK season. 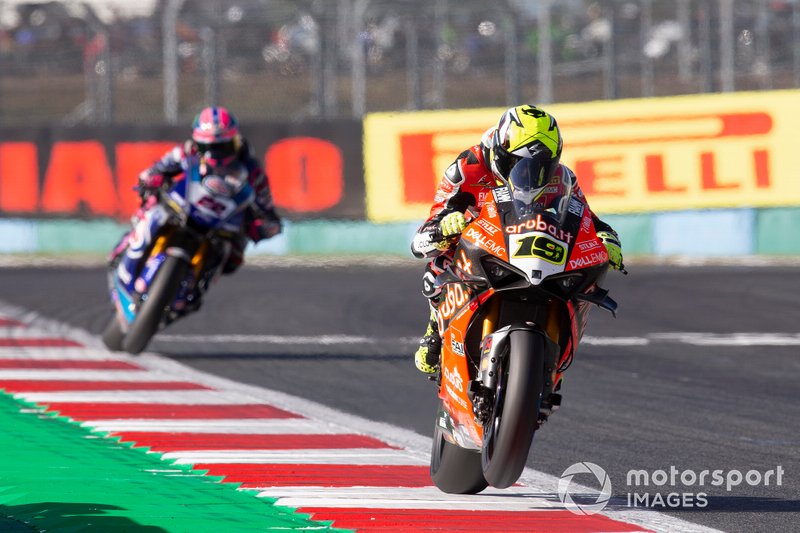