Tommy Bridewell has opted against replacing the recovering Eugene Laverty at the Go Eleven team at the Misano World Superbike round this weekend, with Lorenzo Zanetti deputising instead.

Laverty broke both of his wrists in a nasty high-side crash during practice for the Imola round last month, and has been sidelined since undergoing surgery.

He had hoped to return to action at Misano, but has been forced to once again watch from the sidelines and is aiming to be ready for his home round at Donington Park next month.

Bridewell was called up to replace him for the previous two rounds at Imola and Jerez, but has decided against standing in at Misano now he has taken the lead in the British Superbike Championship and has a testing programme for the Suzuka 8 Hours looming.

A former podium finisher in World Supersport and the Superstock 600 class, Ducati test rider Zanetti – who helped develop the V4 R Panigale - will deputise for Laverty at Misano.

“Replacing an injured rider is never nice, nobody wishes it, but unfortunately this is part of racing,” said Zanetti, who earlier this year made a WSBK wildcard outing at Imola.

“I'm glad that both the Go Eleven team and Ducati have thought of me in this context. I will try to make my appearance as a Ducati test rider available, and give my best on a special weekend like Misano.

“It will be my first opportunity to work with this team, with a different technical package than the bike I normally use in tests. But even this is a way to check other technical solutions and report them when developing the bike, with detailed directions.”

Go Eleven team manager Denis Sacchetti says Laverty made a “wise choice” to prioritise his recovery, and is looking forward to working with “old friend” Zanetti.

“Better to focus on physical recovery and get back on track when you are sure to be able to ride well, rather than struggle with a physical problem," said Sacchetti of Laverty.

“However, we will face the home race with a great rider: Lorenzo is an old friend, I remember when we were fighting against each other on minibikes.

“Now we are working in the World Superbike [Championship], [it] has a certain charm and I have to admit I am excited. It is important for us to have the opportunity to work with him, and we must make the most of it.

“Zanetti knows the V4 R very well, being the test rider [for Ducati], and will be able to provide us with many interesting data for the growth of our package.” 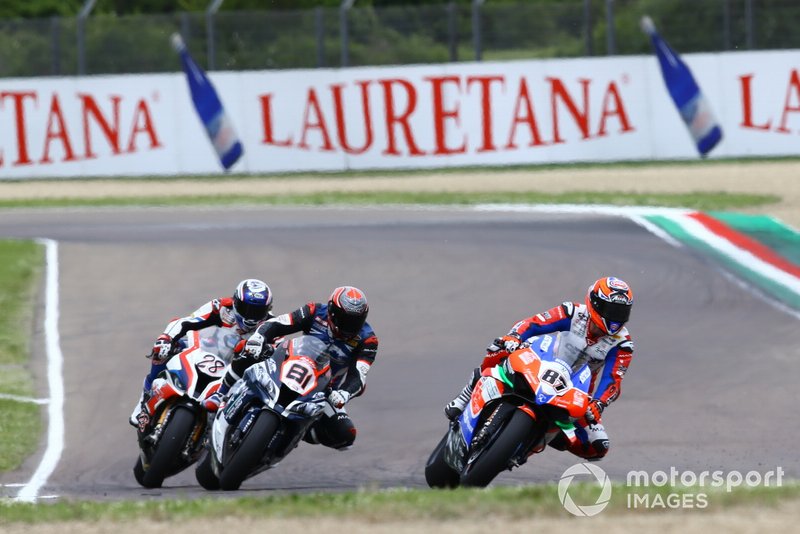 Camier remains on sidelines for Misano WSBK round