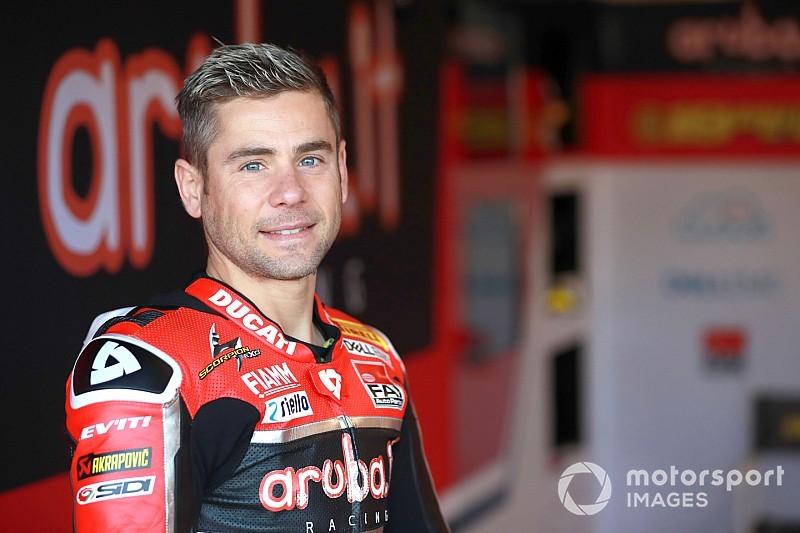 New World Superbike star Alvaro Bautista continued where he left off at Phillip Island and topped both Friday practice sessions in the second round of the season at Buriram.

In scorching heat, as the temperature reached 35°C and went even higher in the afternoon, Bautista was able to narrowly outpace Jonathan Rea.

In FP2, Rea was again the early pace-setter but Bautista was able to beat his own morning benchmark halfway through, and the Ducati rider never gave the lead up again.

The duo was followed by four Yamahas in the combined order, with rookie Sandro Cortese, despite ending his FP2 with a fall, taking third, nearly half a second slower than Bautista.

Rea's teammate Leon Haslam had a slow start to the weekend, as he was one and a half seconds off the pace in FP1, and while the Briton made a big improvement in the afternoon, he was still over eight tenths adrift in seventh.

Chaz Davies, who continues to struggle on the new Ducati and had a mechanical problem in FP1, was 11th.