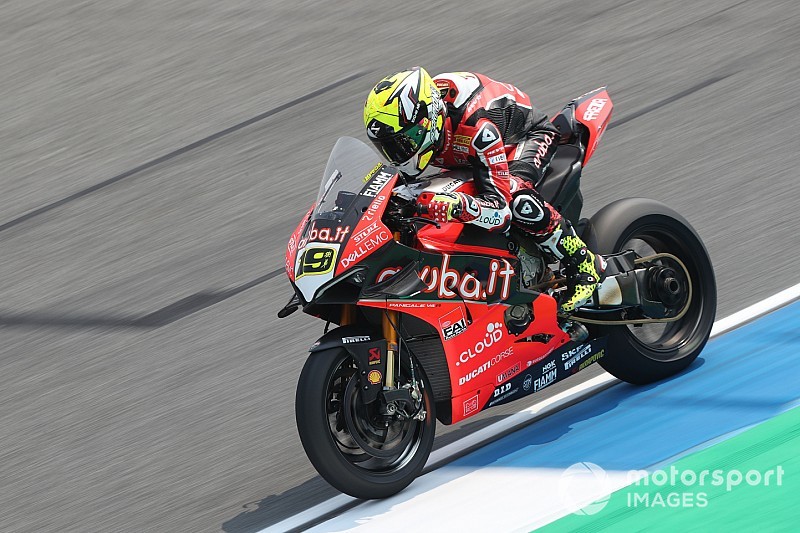 Bautista initially trailed early pace-setter Alex Lowes (Yamaha) in the 25-minute session, before bolting in a 1m32.718s flyer to move to the top of the timesheets.

He managed to shave off another tenth on his next lap, ending the first qualifying run comfortably quicker than the rest of the field.

The Spanish rider managed to find yet more time after returning to the track with 10 minutes to go, clocking a time of 1m31.912s to further extend his advantage.

Rea improved significantly in the final sector in an attempt to repeat his Phillip Island heroics, but fell 0.429s short of dislodging Bautista from pole position.

Lowes made a late improvement of his own to secure the final spot on the front row, while World Supersport graduate Sandro Cortese (GRT Yamaha) impressed to qualify fourth in only his second WSBK weekend.

Leon Haslam was fifth quickest in the second of the factory Kawasakis, ahead of BMW’s Tom Sykes.

GRT Yamaha’s Marco Melandri and Team GoEleven rider Eugene Laverty were classified seventh and eighth respectively, while Chaz Davies qualified ninth, over a second down on his pole-sitting teammate.