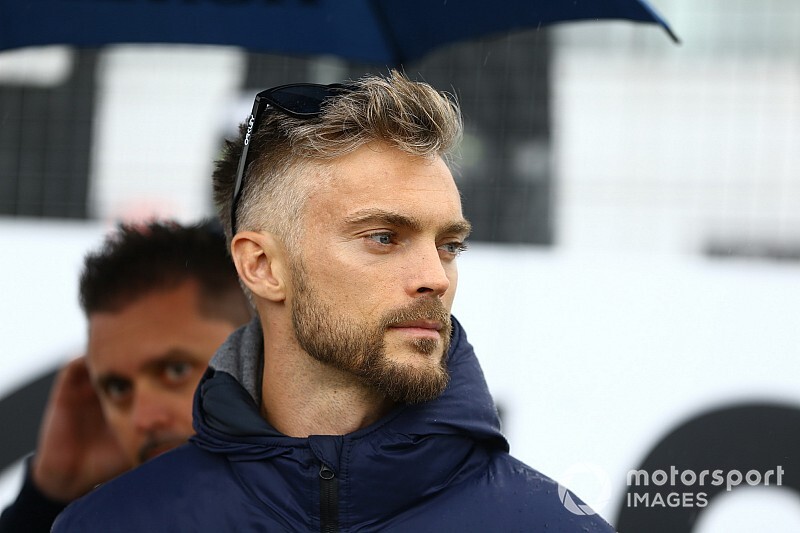 Honda World Superbike rider Leon Camier underwent surgery on his left shoulder on Friday as his recovery from his qualifying crash at Imola continues.

Camier said he had hoped to avoid surgery when it was announced earlier this month that he would be ruled out of both the Donington Park and Laguna Seca WSBK rounds.

However, the 32-year-old Briton finally had an operation on the shoulder that was damaged he was caught up in an accident with Sandro Cortese in qualifying for the Imola round back in May, which has left him on the sidelines ever since.

The surgery took place at the Arm Clinic in the town of Wilmslow, near Manchester.

A Honda statement read: "The decision was taken to proceed with an operation despite the progress made so far in terms of the rider’s physiotherapy rehabilitation, which has allowed Camier to fully recover movement in his shoulder.

"When Leon tried a riding test on a Supermotard bike however, it became clear that he has not yet regained the necessary strength in his shoulder. Further medical advice was therefore sought this week, the doctors ultimately recommending an operation to stabilise the joint.

"The surgery was performed today so as to allow Camier time to recover over the long summer break."

Camier has until early September to be ready to return to action for the Portimao test before the first WSBK round after the summer break at the Algarve track.

His teammate Ryuichi Kiyonari was Honda's sole representative at Donington Park and will again be alone flying the flag for the Japanese manufacturer at Laguna Seca this weekend.