Canepa in for injured Guintoli at Misano WSBK round 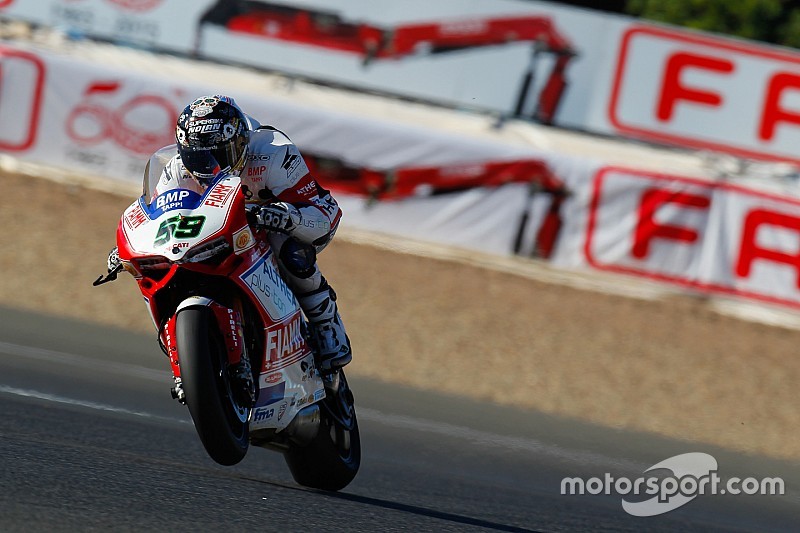 Pata Yamaha has drafted in local rider Niccolo Canepa to stand in for the injured Sylvain Guintoli for this weekend's World Superbike races at Misano.

Guintoli is still out of action as he recovers from injuries sustained during his severe qualifying crash at Imola, having already sat out the Sepang and Donington Park rounds.

The Crescent-run Pata Yamaha squad chose MotoAmerica champion Cameron Beaubier to stand in for the Frenchman at Donington, the Californian ending up as the team's sole representative when Alex Lowes was declared unfit to race.

Lowes however is ready to return to action at Misano, where he will be paired with his third teammate of the season in the form of Canepa, who has appeared in two rounds of the Superstock 1000 Cup this season as well as racing in the Endurance World Championship for the GMT94 Yamaha team.

The 28-year-old Italian previously contested a season of MotoGP for the Pramac squad in 2009, and has been a regular competitor in World Superbike for the last two seasons.

"I'm really happy to be back in WorldSBK and with the Pata Yamaha Official WorldSBK Team," said Canepa. "It is also great to have this opportunity in Italy and to race in front of the Italian fans.

"After completing the test with the Pata Yamaha team 10 days ago I feel ready to ride the WorldSBK-spec YZF-R1. For sure the level in the championship is very high but I will fight as usual to do my best."

Guintoli, Lowes expect to be back for Misano round