Davies "not there yet" adapting to Ducati V4

Chaz Davies says he is "not there yet" in terms of getting used to the new Ducati V4 R after securing his first podium of the World Superbike season last weekend in Aragon.

While new Ducati teammate Alvaro Bautista has dominated the first three rounds of the campaign, Davies has had a slower start, managing only a best finish of eighth in Phillip Island and seventh in Buriram as he struggled to get to grips with the Bologna marque's new bike.

But things took a turn for the better at Aragon, where Davies has enjoyed success in the past, as the Welshman finished third in both feature-length races, and only lost second place to Jonathan Rea on the last lap in the third race. He has moved up to seventh in the championship as a result.

"It was a good start, a podium's a podium," the 2017 and '18 championship runner-up told Eurosport. "I feel like it's better, but back? No. Not yet, to be honest. I'm still not able to do what I want to do with the bike, but we're getting there, I'm getting more comfortable with it all the time, making small gains here and there. I'm not quite there yet.

"You just can't take anything away from Alvaro. It's clear he is making the difference at the minute, and fair play to him. We actually tested here with low rpm and it wasn't the be all and end all. So it's the rider at the minute, to be honest with you. Alvaro has brought something here which is really working for him."

Davies explained that "comfort" and "confidence" on the V4 R, a close relative of the Ducati Desmosedici MotoGP bike, was the main thing separating him from series newcomer Bautista, who has comfortably won all nine WSBK races of the season so far.

“Motorcycle racing is a complicated sport, and I think if it was that simple just to tell you why I'm not on that same level, a lot of other people wouldn't be scratching their heads as well," Davies continued. "But ok, we're on the same package, but he's managed to extract everything out of it.

"It's fine margins in this sport, and a little bit of comfort goes a long way. It's only a few tenths of a second, it's really nothing but it's everything at the same time. That's what I'm missing, that comfort level. I don't have the confidence.

"I'm not riding around going, 'I'm getting everything out of myself, I'm getting everything out of this bike' and coming in and going, 'Oh, God, I'm half a second off the pace'. I'm coming in and going 'I'm really not comfortable, it's doing this, it's doing that wrong'. So I know where the improvement is, but I'm not able to get anywhere with it." 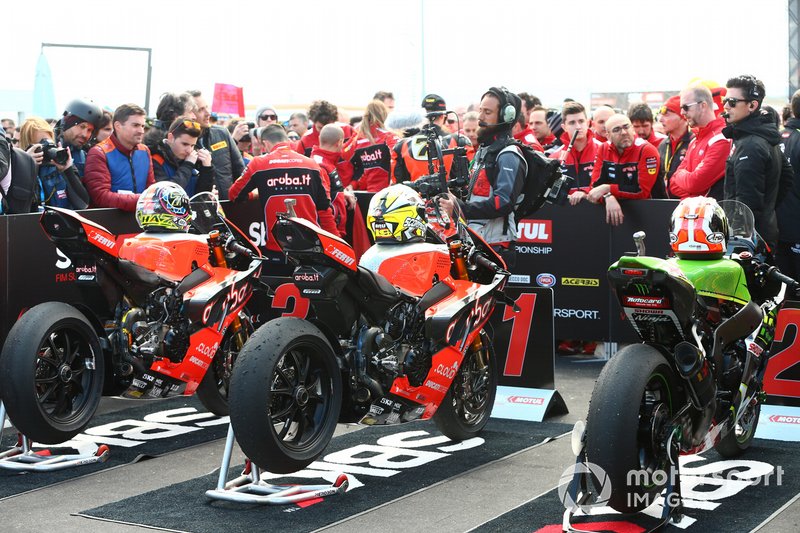 Redding “pissed off with myself” after costly Estoril crash