Ducati World Superbike rider Chaz Davies says he's "convinced" last weekend's Imola round can be the start of a sustained upturn in form, after taking his best finish of the 2019 season.

After having been overshadowed by new Ducati teammate Alvaro Bautista during the first four rounds of the 2019 campaign on board the all-new V4 R bike, Davies enjoyed a much-improved showing at Imola, scoring pole position on Saturday.

A chance to take a first win was lost later that day when Davies retired on the opening lap with an electrical problem, and on Sunday the Welshman finished a close second behind Kawasaki's Jonathan Rea in the short-distance Superpole race.

The final race of the weekend was cancelled due to poor weather.

Asked if Imola felt like the start of a new season for him, Davies replied: "I definitely hope so. In recent races I’ve gone home feeling like I can see a little bit of light at the end of the tunnel. I can see an improvement. But I’ve never gone home convinced of a complete change of page.

"‘We’ve made improvements, but is it enough?’ I’ve never been so confident about that. Going home from here, I’m really confident I’ve made a big change.

"Of course the next tracks are different, we’ve got different characteristics, but I really feel like this bike has improved for me so much this weekend on the details." 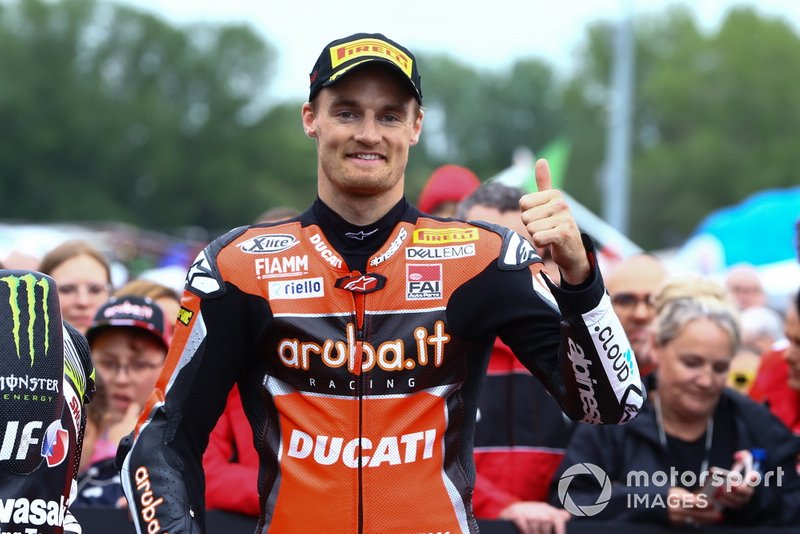 Davies led most of the opening lap in the Superpole race, only to drop behind both Rea and Bautista at the final chicane after going too deep under braking.

He admitted that error was partly caused by his V4 R not being set up for fully-dry conditions - and said he wasn't prepared to force the issue late in the race and risk a worse starting position for the final race of the weekend that was ultimately called off.

"I made the mistake on the first lap of the race," said Davies. "With the short time on the grid we don’t have chance to change back to full dry set-up. I made the mistake, it’s the first time I tested the bike on hard braking, and it surprised me a little bit.

"I let Jonny past, I let Alvaro past and I had to recover. Then after that my pace was ok, new lap record, the track conditions were far from perfect.

"There was no sense to take extra risks because in the end it’s three points more [to win], but if you make a mistake you pay a big penalty, because you start Race 3 from P10. So in the end you have to evaluate the risk and reward.

"When I saw Jonny pushing with two laps to go, I made the decision [to settle for second], and I was praying for a third dry race but it didn’t happen."

Looking ahead to next month's Jerez round, Davies said he expects teammate Bautista to be back on form after a tough Imola round where his 11-race winning streak came to an end.

"I obviously want to start where I finished here," said Davies. "I think now we’ve made the improvements with the bike we should be able to find a good starting point.

"Alvaro’s going to be really strong there. I don’t know why Ducati and Kawasaki always are such a big step in front [of the rest at Imola]. At Jerez I think we’ll see more bikes in the fight." 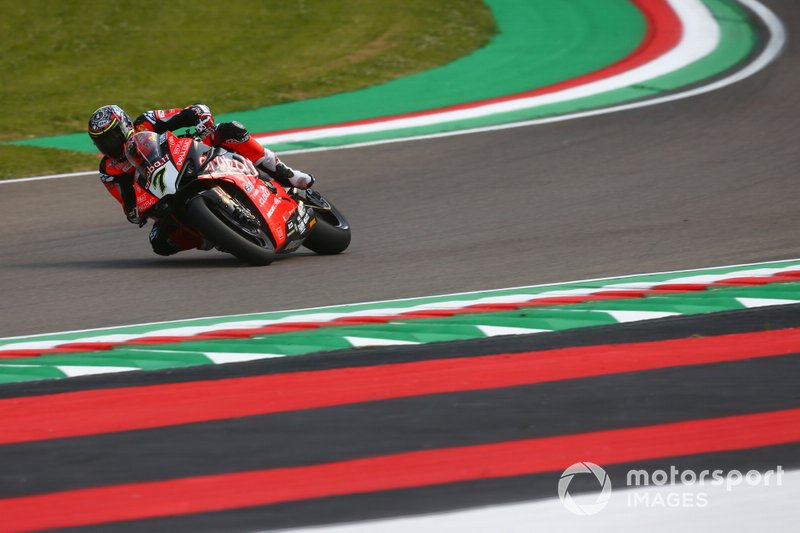 Davies touched by Ducati tributes ahead of farewell win