Chaz Davies admits he "wasn't fully there" mentally in his final World Superbike race before retirement in treacherous conditions in Indonesia.

Last weekend's two races at the all-new Mandalika Street Circuit marked the end of a decade-long career in WSBK for Davies, who announced his retirement ahead of September's Jerez round amid an injury-marred campaign aboard the satellite Go Eleven Ducati.

In only his second round back in action after breaking his ribs in a crash during the Barcelona event, Davies finished eighth in a delayed opening race before slumping to 12th for the season finale.

The second race was held in full wet conditions and followed a long delay as organisers waited for the heavy rain to abate - and Davies admitted that he had gone into self-preservation mode with his retirement weighing on his mind.

"It's been a little bit of a crazy weekend," said Davies after Sunday's second race. "Obviously we didn't get to race [on Saturday] and then this morning we got to do the first race. I was quite happy with the way that it went, we were P8, having a good battle with [Alvaro] Bautista for P7.

"The pace was quite good. I think on lap four or five I had the fastest lap. I mean, there's life in the retired old boy yet! But then we brought it home, P8, very happy with that.

"And then we had the inclement conditions again this afternoon where it started giving us some curveballs. I didn't feel brilliant in the rain, I think maybe the delay affected me a little bit mentally and I was not fully there.

"[I was] not fully ready to trust how much grip there was because there was so much grip. I think that was the point, and exercising trust and knowing what I'm doing from this point onwards - retiring. I think there was something in me saying, 'Just try and enjoy these 12 laps.' And here we are, that's it." 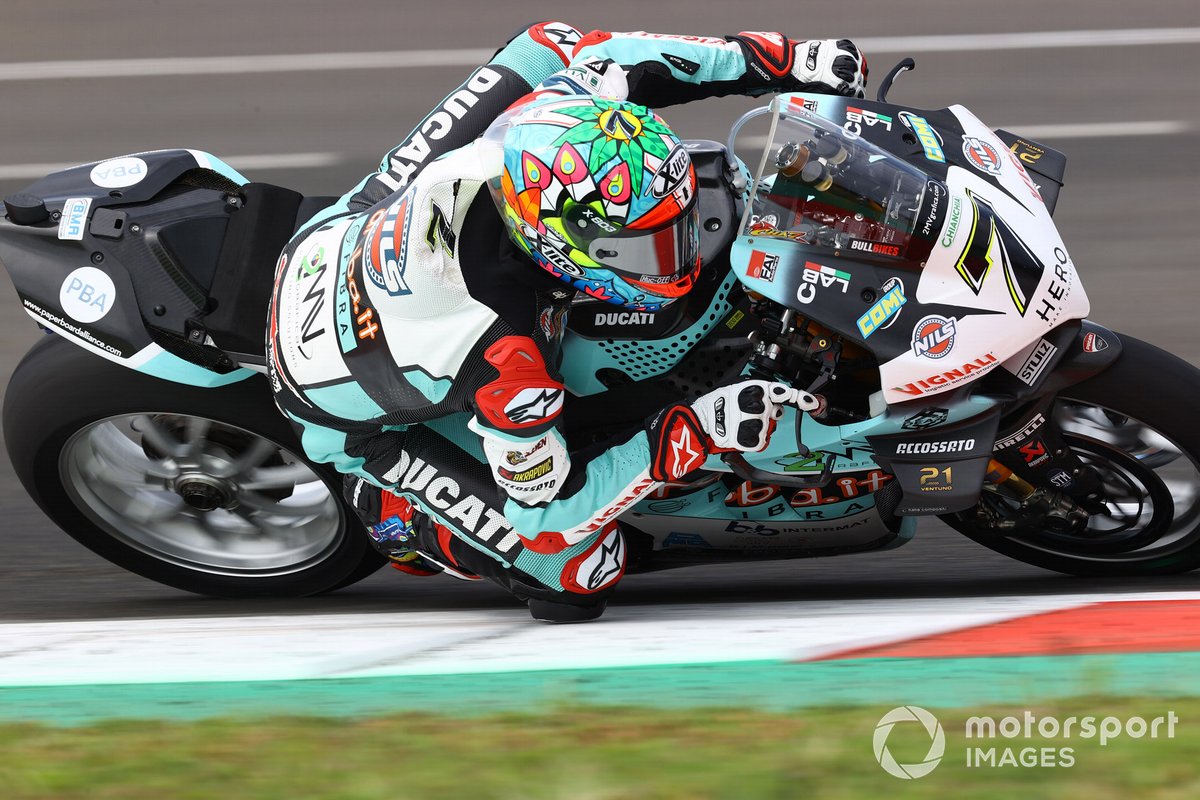 Davies' WSBK exit marks the end of a distinguished career that yielded 32 wins, 99 podiums and three runner-up placings in the championship behind Jonathan Rea in 2015, '17 and '18.

"What makes me emotional is that when I think back at the hard times during my career when things have been really, really difficult, and to think how far we’ve come since those times," said the Welshman, who was a regular of the MotoGP paddock from 2002-06 in the lower classes.

"I managed to make a solid career in the sport. When all's said and done, as it is now, I can be very happy with the way things have worked out, very fortunate. I had good people and good teams, good support around me at the right time. I'm Indebted to those people came along at the right times."